From the Jazz Age to Streaming:
The Soundtrack of the 20s/20s 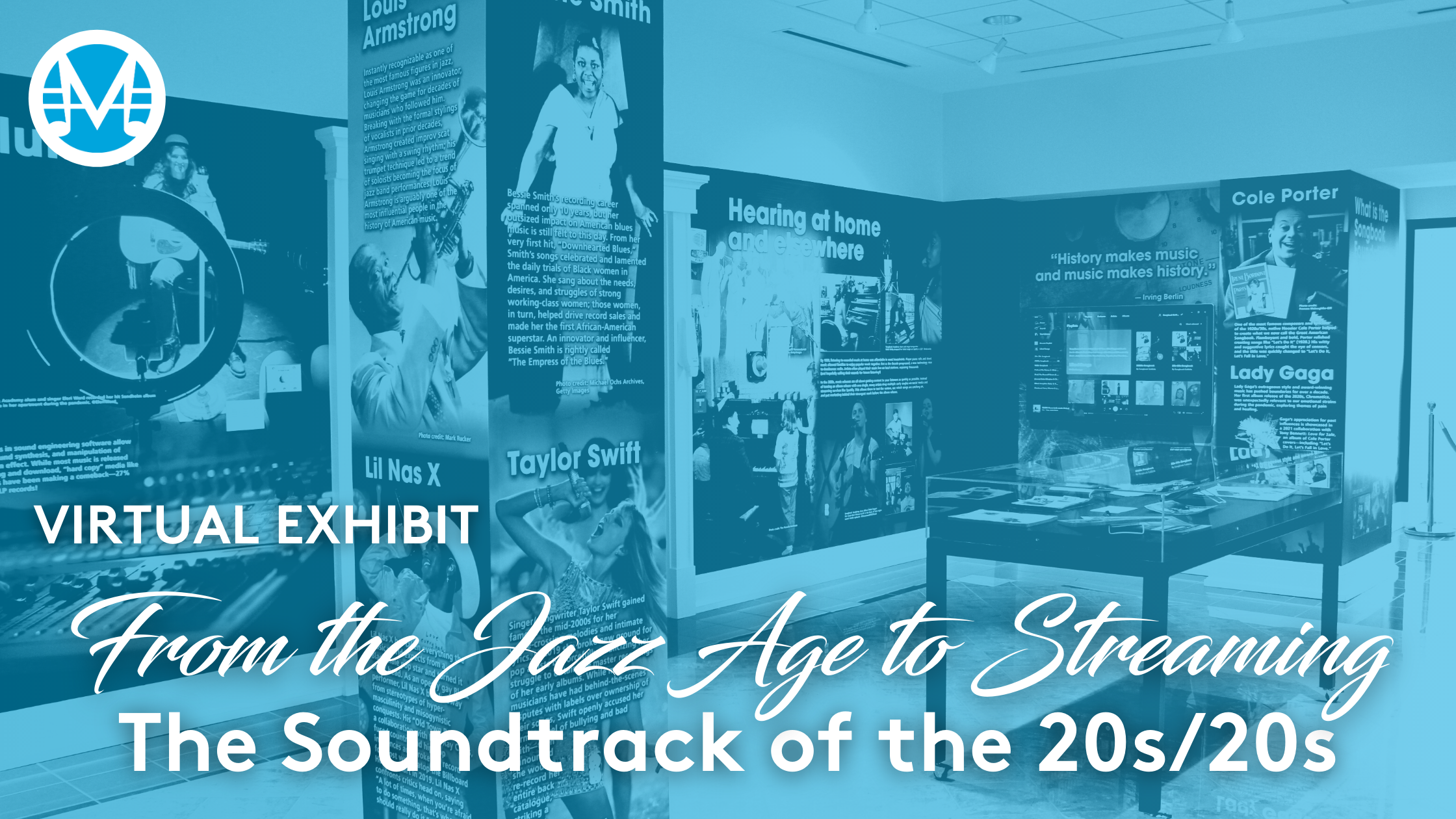 Welcome to an online exploration of the Great American Songbook Foundation's current Gallery Exhibit contrasting the music and pop culture of the 1920s and 2020s. After browsing the exhibit below, we invite you to discover your own 20s/20s music tastes in our interactive music preferences quiz. There are no wrong answers! Learn more about your quiz results.

Special thank you to Avison Young, the National Endowment for the Arts and the City of Carmel for making this exhibit possible.

Explore The Soundtrack of the 20s/20s:

The year 1920 saw continuing global conflict in the aftermath of World War I. Fighting continued as the Western powers vied for control of modern-day Afghanistan, Iraq, and Syria. A worldwide pandemic was winding down, having infected over 500 million people worldwide and caused over 25 million deaths in just two years.

In the US, social change swirled as Prohibition began, women achieved voting rights, and unions called for national walkouts in favor of labor reform. Ethnic and racial prejudice led to harsh anti-immigration laws, and political tensions between progressives and conservatives were at a historic high.

At the beginning of the 2020s, the issues of today seem uncannily familiar: conflicts in the Middle East and Afghanistan, the coronavirus pandemic, political tensions, racism, and immigration laws dominate our headlines now as they did a century ago. But in the midst of turmoil, artists and musicians continue to push boundaries, stretching their creative skills to challenge and excite their audiences.

We are separated from the 1920s by a century, but today’s artists draw inspiration from their predecessors. Music and social change are intertwined, and as we move forward, we can’t help but look back.

A break in the status quo makes space for minorities and marginalized artists to experiment and explore new creative avenues. In 1920, as a war ended and a pandemic wound down, America was ready for fresh entertainment.

For many Jewish immigrants in 1920, the pop music business was a way to gain a foothold in American society. Places like Tin Pan Alley afforded a way for songwriters and musicians to hear and be heard by fellow artists. And while racism was still a constant, jazz music crossed barriers as Black musicians moved north and White audiences streamed to dance clubs in Harlem and elsewhere. Listen to the sound of the 1920s.

As the 2020s begin, America is again in a moment of social upheaval. Today’s musical artists may be making very different types of music compared to their 1920s counterparts, but we can see similarities in the breaking of stereotypes and the pushing of boundaries across the board. Listen to the sound of the 2020s.

The 1920s saw a major revolution in recording technology. Up until 1925, recording was purely mechanical, using sound vibrations to directly cut grooves into a soft wax cylinder or disc. Unfortunately this method wasn’t the most effective way to pick up very high or low frequencies, and sound quality was poor.

In 1925, advances in electronics made it possible to record using microphones, which captured a much wider range of sound. Electric devices also improved playback technology and allowed engineers to mix and balance the recordings.

In the 2020s, improvements in sound engineering software allow for very precise mixing, sound synthesis, and manipulation of performances for maximum effect. While most music is released as digital files for streaming and download, “hard copy” media like vinyl records and cassettes have been making a comeback—27% of 2020 album sales were LP records!

Listen to "What'll I Do" by Irving Berlin from the 1920s to the 2020s, including formal recordings of the tune and a sample of the new 2020 sound we have become accustomed to due to the rise of virtual content and at-home performances throughout the pandemic. 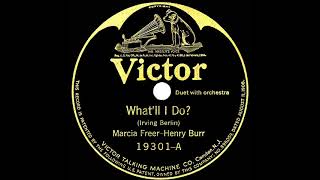 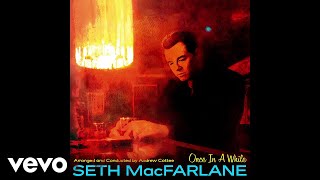 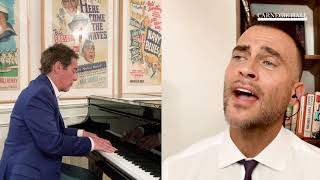 What'll I Do - Cheyenne Jackson and Michael Feinstein, 2020 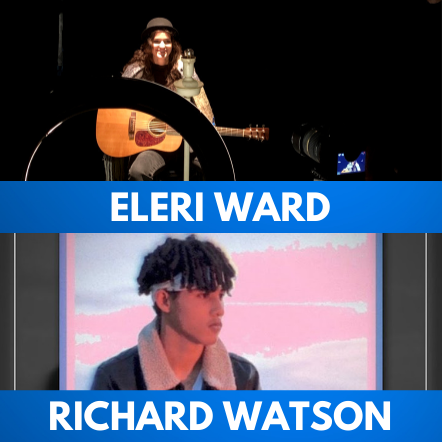 Songbook Academy alum and singer Eleri Ward recorded her hit Sondheim album in a studio in her apartment during the pandemic. @EleriWard

Hearing at home and elsewhere

By 1920, listening to recorded music at home was affordable in most households. Player piano rolls and sheet music allowed families to enjoy popular music together. But as the decade progressed, a new technology rose to dominance: radio. Artists often played their music live on local stations, exposing thousands of listeners to their work in a single performance (and hopefully selling their records for future listening!)

In 2020, music releases are all about getting content to your listeners as quickly as possible. Instead of teasing an album release with one single, many artists drop multiple early singles via social media and streaming services like Spotify. This allows them to test the waters, see which songs are catching on, and put marketing behind their strongest work before the album release. 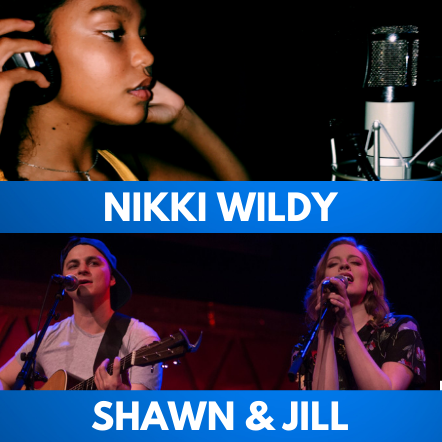 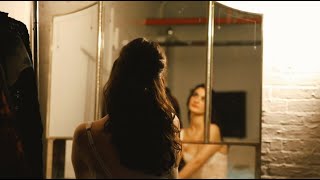 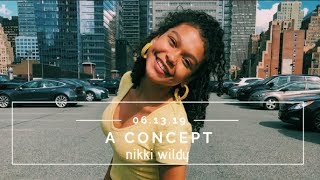 A Concept (Audio) by Nikki Wildy 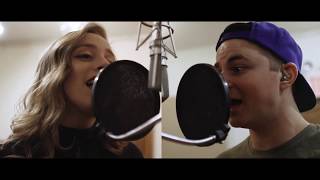 You're Only In Your Way by Shawn and Jill 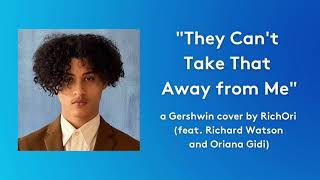 They Can't Take That Away From Me featuring Richard Watson 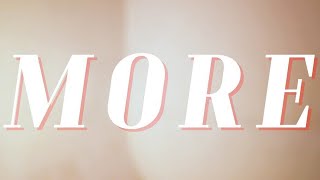 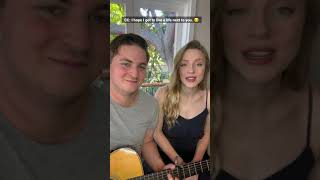 The 1920s and 2020s have brought us some of the most iconic singers, songwriters and performing artists across the last century of music history.

One of the most famous composers and lyricists of the 1920s/30s, native Hoosier Cole Porter helped to create what we now call the Great American Songbook. Flamboyant and bold, Porter relished creating songs like “Let’s Do It” (1928.) His witty and suggestive lyrics caught the eye of censors, and the title was quickly changed to “Let’s Do It, Let’s Fall in Love.”

Lady Gaga’s outrageous style and award-winning music has pushed boundaries for over a decade. Her first album release of the 2020s, Chromatica, was unexpectedly relevant to our emotional strains during the pandemic, exploring themes of pain and healing.

Gaga’s appreciation for past influences is showcased in a 2021 collaboration with Tony Bennett: Love for Sale, an album of Cole Porter covers—including “Let’s Do It, Let’s Fall in Love.”

Click the images to explore some unexpected artist pairings that may have more in common than you think: 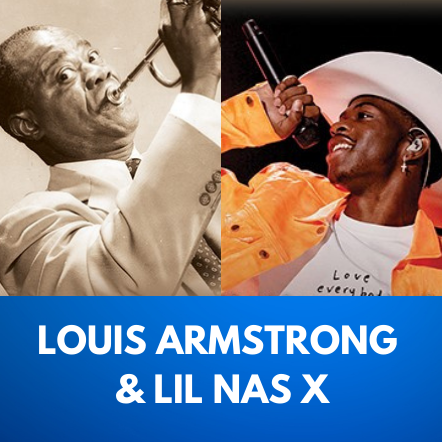 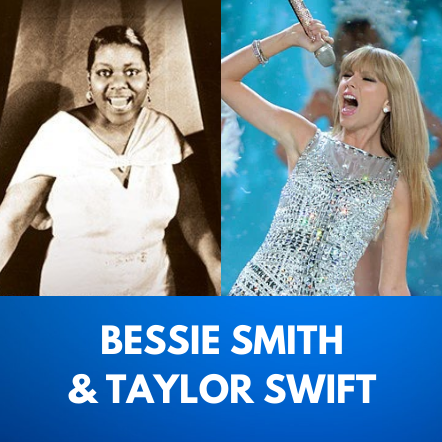 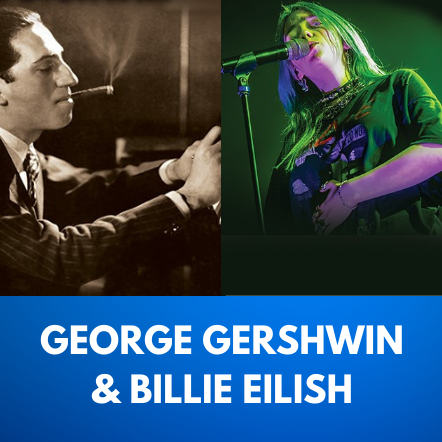 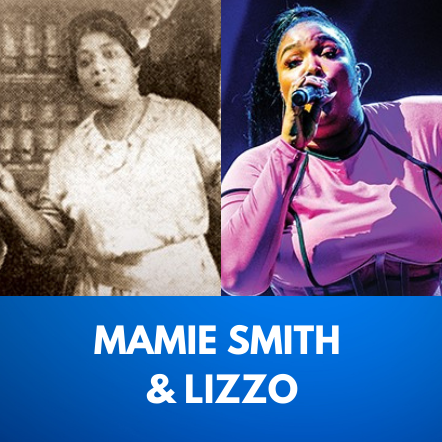 If you haven't taken our 20s/20s music preferences quiz, we invite you to answer a few questions that will help us recommend music from the 1920s and 2020s for your listening pleasure. After you complete the quiz, click to learn more about your quiz results.

In addition to your personal 20s/20s soundtrack, you can access an array of 20s playlists on our Songbook Spotify platform: 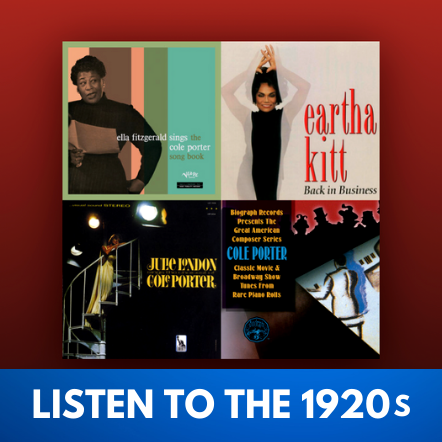 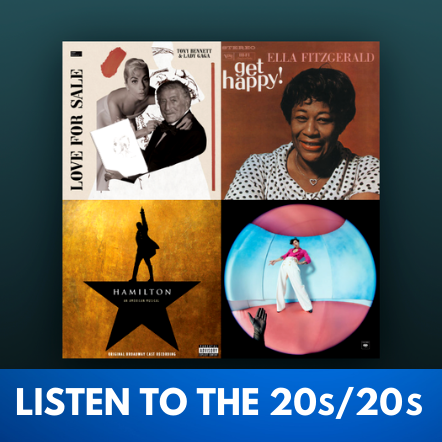 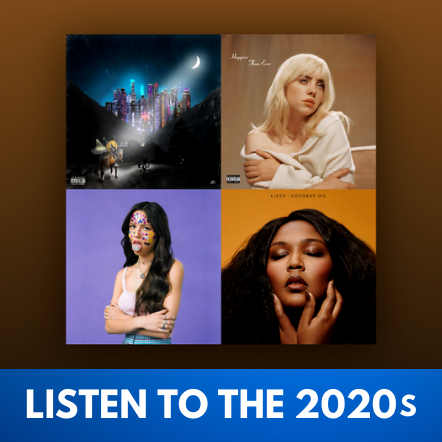 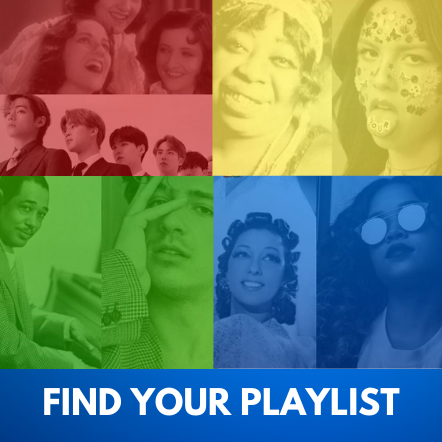 We hope you enjoyed From the Jazz Age to Streaming: The Soundtrack of the 20s/20s. Before you go...

If you enjoyed this exhibit, sign-up for our eNews communication for access to other online and in-person exhibitions.

An expanded in-person version of this exhibit will be displayed in the Songbook Exhibit Gallery at the Songbook Foundation's headquarters in Carmel, IN through October 2022. The Gallery is open to visitors M - F (10 am - 4 pm) and admission is free. Learn more.

Special thank you to Avison Young, the National Endowment for the Arts and the City of Carmel for making this exhibit possible.