Duke Ellington was one of the most important creative forces in the music of the twentieth century. Although widely considered to have been a pivotal figure in the history of jazz, Ellington embraced the phrase "beyond category" as a liberating principle and referred to his music as part of the more general category of American Music rather than to a musical genre such as jazz. His influence on classical music, popular music, and, of course, jazz, simply cannot be overstated.

Born Edward Kennedy Ellington in Washington, D.C. in 1899, Ellington grew up in a middle class black family. Ellington originally had ambitions of becoming a painter, but he became interested in music in his early teens, learning James P. Johnson's "Carolina Shout" from a piano roll and joining a small jazz band in Washington.  In 1923, he moved to New York, where he became the leader of his band and began recording.  In 1927, Ellington's band was hired to play regularly at the Cotton Club, where his performances were broadcast almost nightly.  By 1930, his band was famous and began touring to play at the White House and throughout Europe, and Ellington was beginning to be recognized as an important serious composer.   Though the end of WWII brought financial difficulties for big bands, Ellington continued to keep the band together, subsidizing the group from his royalties as a composer.

Ellington was primarily an instrumental composer, and most of his songs were originally written as instrumental pieces, with lyrics added at a later date.   Among his best-known songs are "Sophisticated Lady", "In A Sentimental Mood", "Prelude To A Kiss", "I Let A Song Go Out Of My Heart", "I Got It Bad (And That Ain't Good)", "Don't Get Around Much Any More", "Do Nothin' Till You Hear From Me", "I Didn't Know About You", and "Satin Doll".  Duke Ellington was awarded the Grammy Lifetime Achievement Award in 1966. He was later awarded the Presidential Medal of Freedom in 1969 and the Legion of Honor by France in 1973, the highest civilian honors in each country. After passing away in May of 1974, his funeral was attended by over 12,000 people. Ella Fitzgerald summed up the occasion, "It's a very sad day...A genius has passed." 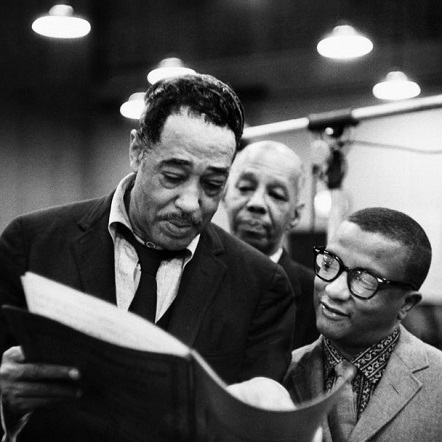 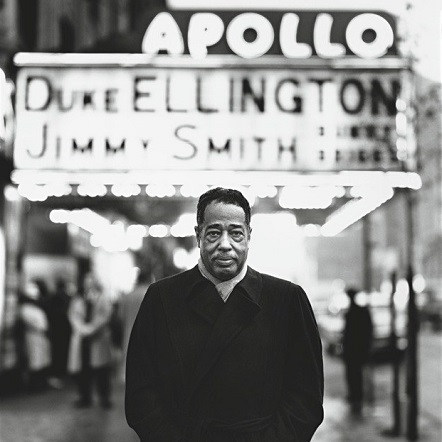