Dubbed the "First Lady of Song," Ella Fitzgerald was the most popular femaile jazz singer in the United States for more than half a century. In her lifetime, she won 13 GRAMMY® Awards and sold over 40 million albums.

Her voice was flexible, wide-ranging, accurate and ageless. She could sing sultry ballads and sweet jazz and imitate every instrument in an orchestra. She worked with all the jazz greats, from Duke Ellington, Count Basie and Nat King Cole to Frank Sinatra, Dizzy Gillespie and Benny Goodman.

At the very first GRAMMY Awards in 1958, Ella picked up her first two GRAMMYs, making history as the first African-American woman to win the award. Those honors for best individual jazz performance and best female vocal performance recognized two Songbook projects, Ella Fitzgerald Sings the Duke Ellington Song Book and Ella Fitzgerald Sings the Irving Berlin Song Book, respectively. Among other awards she received during her career are eight honorary doctorates, the National Medal of Arts and the Presidential Medal of Freedom.

Fitzgerald performed at top venues all over the world and packed them to the hilt. Her audiences were as diverse as her vocal range. They were rich and poor, representing all races, all religions and all nationalities. In fact, many of them had just one binding factor in common - they all loved her.

Ella Fitzgerald died at her Beverly Hills home on June 15, 1996 at the age of 79. Her generosity to others continues through the grants and gifts awarded by the Ella Fitzgerald Charitable Foundation. 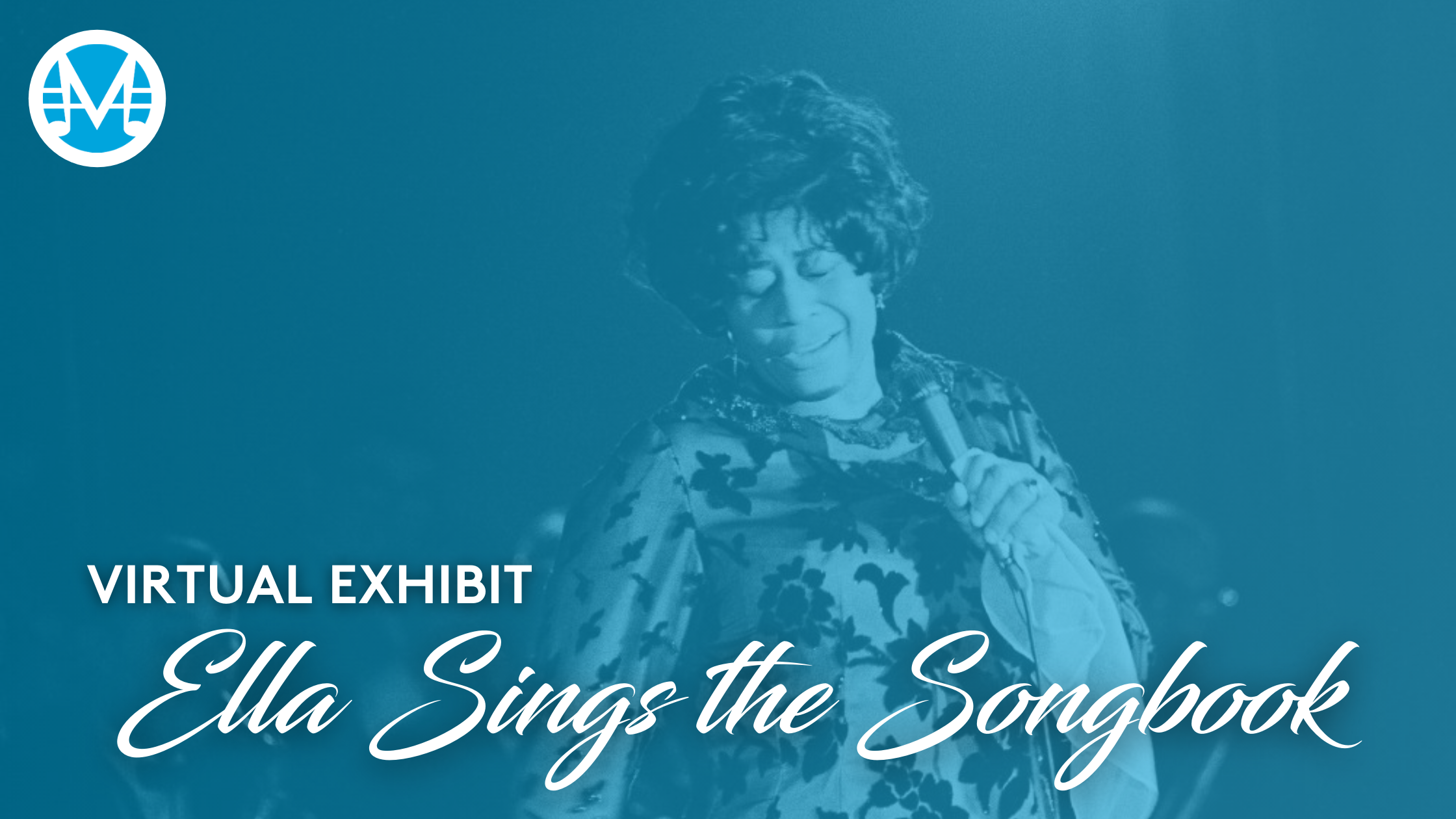 In the Archives with Michael Feinstein: Textile Conservation & Ella Fitzgerald

Grammy Award-winning jazz vocalist Catherine Russell and guest textile conservator Kris Cnossen (University of Delaware Program in Art Conservation, Indianapolis Museum of Art at Newfields) weigh in on celebrating and preserving the musical legacy of the First Lady of Song, Ella Fitzgerald! Learn about how we care for two of Ella's iconic costumes and pick up several at-home tips for caring for your own meaningful textiles!