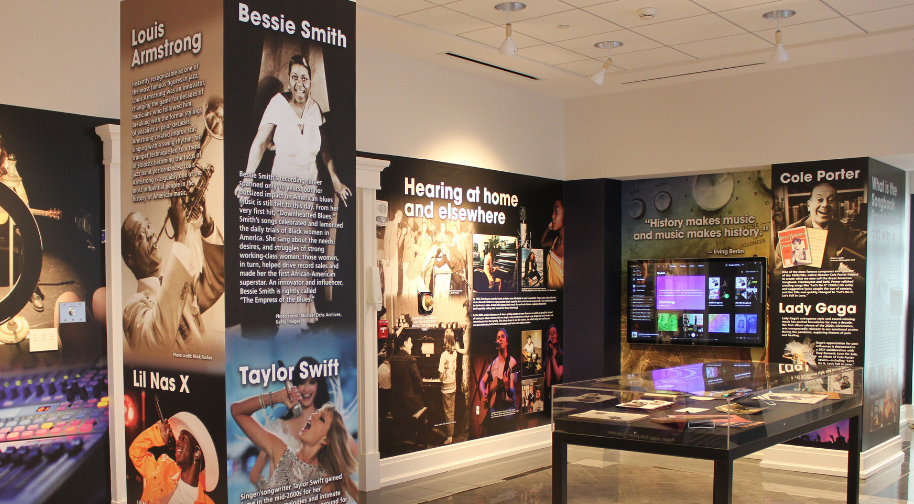 Bessie Smith’s recording career spanned only 10 years, but her outsized impact on American blues music is still felt to this day. From her very first hit, “Downhearted Blues,” Smith’s songs celebrated and lamented the daily trials of Black women in America. She sang about the needs, desires, and struggles of strong working-class women; those women, in turn, helped drive record sales and made her the first African-American superstar. An innovator and influencer, Bessie Smith is rightly called “The Empress of the Blues.”

Singer/songwriter Taylor Swift gained fame in the mid-2000s for her genre-crossing melodies and intimate lyrics. In 2019 she broke new ground for pop artists by forcefully publicizing her struggle to obtain the master recordings of her early albums. While many musicians have had behind-the-scenes disputes with labels over ownership of their songs, Swift openly accused her former label of bullying and bad faith—then announced she would re-record her entire back catalogue, striking a blow for future artists’ rights over their creations.