No one in popular American music has recorded for so long and at such a high level of excellence than Tony Bennett. Born in 1926 in the Astoria section of Queens, Tony attended the High School of Industrial Arts in Manhattan, where he nurtured his two passions: singing and painting. He developed a love of music hearing Bing Crosby, Louis Armstrong, and James Durante on the radio, and as a teenager, Tony began singing while waiting tables.  He then performed with military bands in Europe while he was enlisted in the Army during WWII, and later studied voice at the American Theatre Wing School. Bennett’s big break came in 1949 when comedian Bob Hope noticed him working with Pearl Bailey and invited him to sing at the Paramount. Not a fan of Tony’s stage name at the time (Joe Bari), Hope decided to call Anthony Dominick Benedetto, ‘Tony Bennett’; and the rest is history.

With millions of records sold world-wide and platinum and gold albums to his credit, Bennett has received nineteen Grammy Awards—including a 1995 Grammy for Record of the Year for his MTV Unplugged CD—and the Grammy Lifetime Award. His initial successes came via a string of Columbia singles in the early 1950s, including such chart-toppers as “Because of You,” “Rags to Riches,” and a remake of Hank Williams’ “Cold, Cold Heart.” He had 24 songs in the Top 40, including “I Wanna Be Around,” “The Good Life,” “Who Can I Turn To (When Nobody Needs Me),” and his signature song, “I Left My Heart In San Francisco.” Tony Bennett is one of a handful of artists to have new albums charting in the ’50s, ’60s, ’70s, ’80s, ’90s, and now in the first two decades of the 21st century. Tony’s collaborative jazz album with Lady Gaga, released in 2014, debuted at #1 on the Billboard Top 200 album charts, making Bennett, at the age of 88, the oldest artist to have a #1 album—breaking his own previously established historical record.

Tony Bennett became a Kennedy Center Honoree in 2005, was named an NEA Jazz Master in January of 2006, a Citizen of the World award from the United Nations, and a Billboard Magazine Century Award in honor of his outstanding contributions to music. In November 2017, the Library of Congress presented Tony with The Gershwin Prize, marking the first time the honor has been bestowed upon an “interpretive singer” as, to that date, it had only been given to composers. 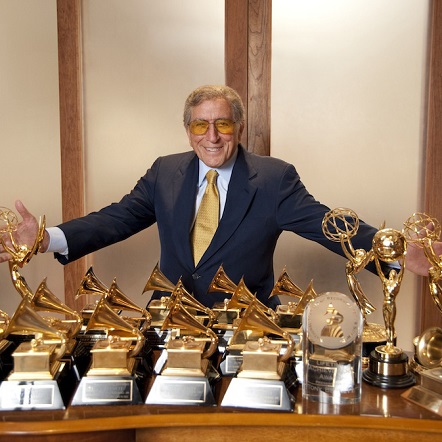 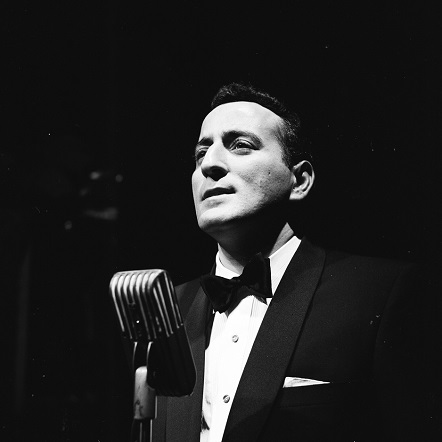