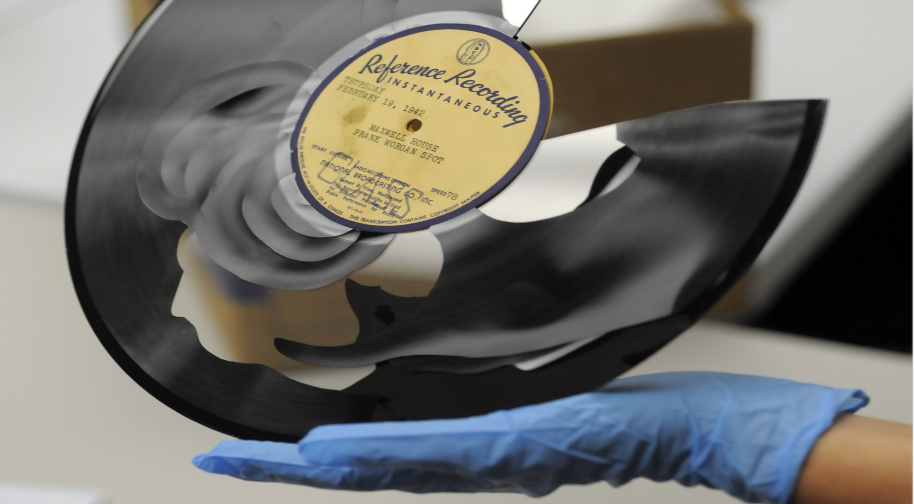 History of the Archives

The Great American Songbook Foundation Library and Archives was created in 2008 with the receipt of the Gus Kahn and Donald Kahn Collections. Since that date, it has expanded to include the collections of Meredith Willson, Harold Arlen, Hy Zaret, Ray Charles (the arranger) and numerous others. Library collections include LPs donated by Will Friedwald and Didier Deutsch, as well as books, CDs, DVDs and more. The library and archives works to serve the teaching and research needs of its user communities by collecting as comprehensively as possible those materials that have enduring value to documenting the history of American popular music.

The GASF Special Collections and Archives house the following . . .

Sheet music from the turn of the 20th century to the 1970s; the bulk ranges from the 1920s to the 1960s and consists of music from Broadway and Hollywood musicals.

The Meredith Willson Papers, which came to the Songbook Foundation through the Music Man Foundation, feature materials related to Willson's four musicals (including several early drafts of The Music Man); 40+ scrapbooks, journals, scripts; correspondence with Mamie and Dwight Eisenhower, Richard Nixon, and Ronald Reagan; photos; recordings; film; and video. The collection provides an in-depth look at this multi-talented music man who began his career as a flautist in John Philip Sousa’s band, and went on to work as a conductor, composer, playwright, radio and television host.

The Hy Zaret Papers include Zaret’s original lyrics to “Unchained Melody,” one of the most performed songs of the 20th century. The collection also includes Zaret’s popular songs from the 1940s, his military music written during World War II, jingles, PSAs, and Little Songs on Big Subjects.

One of the first modern pop stars of the teen idol type (a 1920s Justin Timberlake), Rudy Vallée was a saxophone player, band conductor, and host of several radio shows, including NBC’s pioneering radio program, The Fleischmann Hour. The top-rated program, with Vallée as host, introduced many future stars to a national audience. The collection, donated by his widow, consists of 150+ recordings on aluminum disc.

Gus Kahn wrote many lyrics to the great hits of the 1920s and 1930s that endure today. His masterpiece, “It Had to Be You,” is a perennial favorite, but others are equally well-known such as “Carolina in the Morning,” “Dream a Little Dream of Me,” and “I’ll See You in My Dreams.” The Kahn Papers include lyric sheets, unpublished compositions, family photos, publicity photos, correspondence, scripts, and one of the archivist’s favorite items, a Christmas card from the Jolson family with a photo of Al, wife Ruby, and son, Al, Jr.

The Ray Charles Papers includes material written or arranged by the Other Ray Charles, well-known as the music director for the Ray Charles Singers who backed Perry Como for nearly 30 years on television and his recorded albums. Charles also served as the music director for the Kennedy Center Honors. The highlight of this collection is the unique binders created for each variety show Charles worked on including several Perry Como shows, but also Bing Crosby, Mac Davis, the Kennedy Center Honors, and more.