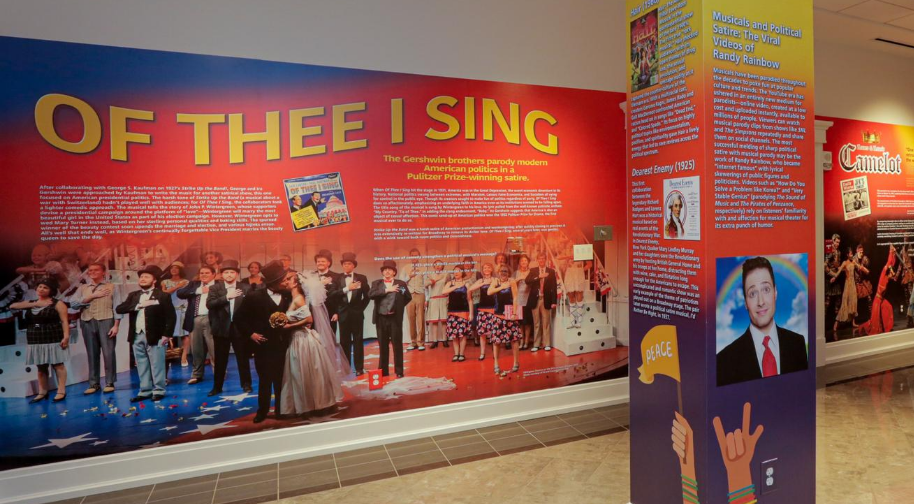 While we are unable to welcome you in person to our current gallery exhibit — Of Thee I Sing: Politics on Stage — we can offer virtual snapshots of American music history in our Online Exhibits!

The story of the Andrews sisters (at right: Maxene, Patty and LaVerne) is certainly one of Depression-era grit and optimism. But it took far more than raw talent and pluck to create one of the most popular singing groups the world has ever seen. Years of hard work rehearsing and touring, changes in how Americans bought and heard music, and a cast of devoted family and friends all helped turn three working-class girls from Minnesota into The Queens of the Jukebox.

While long remembered as the creator of the hugely successful Broadway musical, "The Music Man," Meredith Willson was also a successful musician, conductor, composer, and beloved radio host prior to his Broadway career. The Unsinkable Meredith Willson exhibit showcases his long career in entertainment that began in Mason City, Iowa using materials from the Meredith Willson collection housed in the Songbook Foundation’s archives. 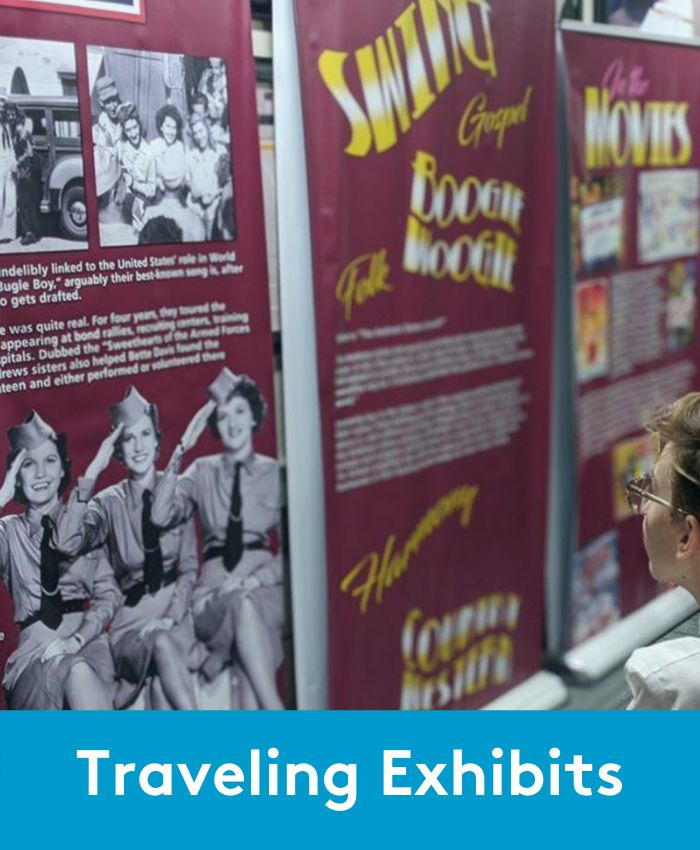 What exhibits are offered?