The 2021 Songbook Hall of Fame inductees will be honored virtually in October. Follow the Songbook Foundation on Facebook for the latest updates.

Throughout Sammy Cahn’s legendary career, he was nominated for more than 30 Academy Awards and won four times. His songs were recorded by virtually every major singer including Frank Sinatra, Bing Crosby, Dean Martin, Doris Day and many more. And he wrote some of the best known of all popular songs including “Come Fly With Me,” “Let It Snow, Let It Snow, Let It Snow,” “Love and Marriage,” “My Kind of Town,” “The Second Time Around,” and hundreds more. Learn more about Sammy Cahn.

If you are familiar with the jazz composition, “Take the A Train,” then you know something about not only Duke Ellington, but also Billy “Sweet Pea” Strayhorn, its composer. Strayhorn joined Ellington’s band in 1939, at the age of twenty four. Ellington liked what he saw in Billy and took this shy, talented pianist under his wings. Neither one was sure what Strayhorn’s function in the band would be, but their musical talents had attracted each other. Learn more about Billy Strayhorn.

In 1980, Melissa Manchester became the first recording artist in the history of the Academy Awards to have two nominated movie themes in a single year, “Through The Eyes Of Love” from Ice Castles and “I’ll Never Say Goodbye” from The Promise, and to perform them both on the Oscar telecast. Nominated for a Grammy in 1980 for “Don’t Cry Out Loud,” she won the Grammy Award for best female vocalist in 1982 singing “You Should Hear How She Talks About You.” Learn more about Melissa Manchester.

During a joint performance at the Center for the Performing Arts on May 15, Great American Songbook Foundation Founder Michael Feinstein surprised his longtime friend Melissa Manchester with an induction into the Songbook Hall of Fame as the 2021 New Standard Award winner. Manchester, Billy Strayhorn and Sammy Cahn will be formally inducted during a Hall of Fame event in September. Learn more about Melissa's induction and future 2021 celebrations. 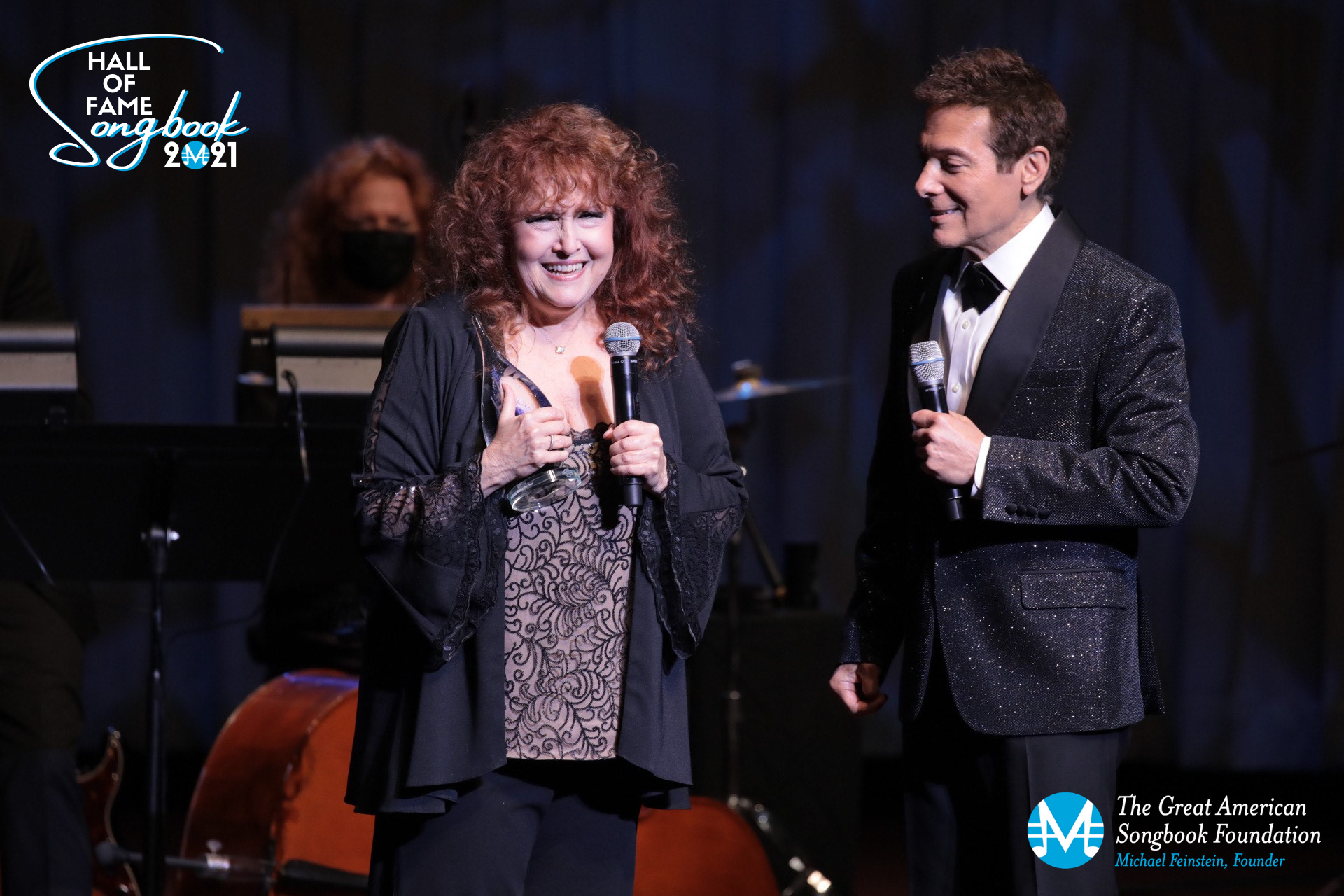