What is the Great American Songbook?

The Great American Songbook consists of enduring standards, the songs that are played and sung over and over by multiple generations. These songs have a timeless meaning and resonance, whether they are days or decades old. It is not an actual book, but refers to an ever-growing catalog of American music.

The foundational period of the “Great American Songbook,” which is what students focus on at the Songbook Academy, would include the uniquely American collection of popular music from Broadway and Hollywood musicals, and the Tin Pan Alley era, prevalent from the 1920s to 1960s. These songs are sometimes referred as “American Standards" and were written by songwriters including (but certainly not limited to):

A definition of the Great American Songbook from our founder, Michael Feinstein:

Please note: there are many composers and songwriters from which to choose.

You'll find over 500 selections of songs from the Great American Songbook categorized by songwriters from Cole Porter to Duke Ellington and themes from optimism to the magic of love. These resources are perfect for music students, teachers and people looking for music inspiration! 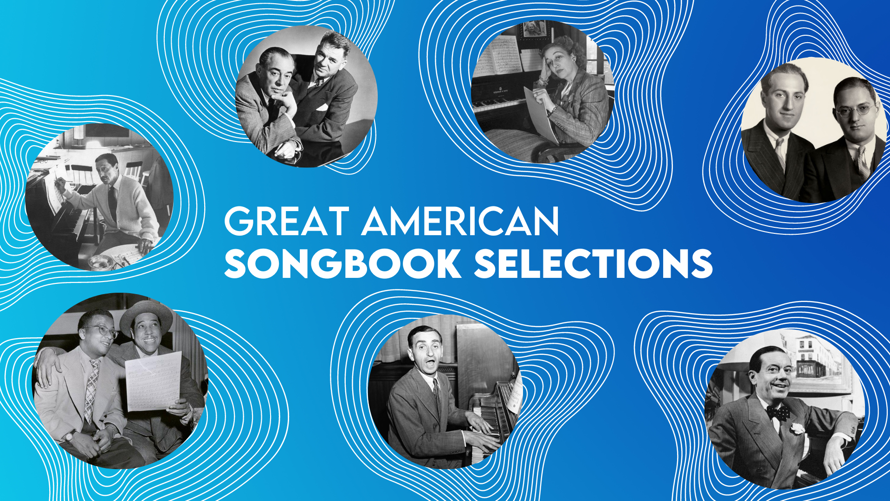 The above resource for reference. These lists are not comprehensive. You are not required to sing a song from this list. You may sing any American popular song written between the 1920s to the 1960s including songs from Broadway shows, Hollywood movie musicals, Tin Pan Alley, and jazz/pop standards.

Visit the database of popular music to look up songs by year, songwriter, and/or title.

*Please note: the Songbook Foundation has an extensive collection of sheet music. If you have difficulty locating a piece of music, feel free to email us at SongbookAcademy@theSongbook.org.

Who should I listen to in order to have a better understanding of this music?
A few examples of performers who sing the music of the Songbook:

Click here for a playlist of songs we've heard many times over the years. If you like one of these tunes, consider others that are performed by the same singer, or were written by the same composer. The possibilities are truly endless!

If I sing a song from a show, should I perform in character?
While there are many wonderful character songs from this era, they do not always translate well in this setting. The songs you choose need to show your ability to interpret the lyrics and relate to them in a personal way.