Songs of the Second World War 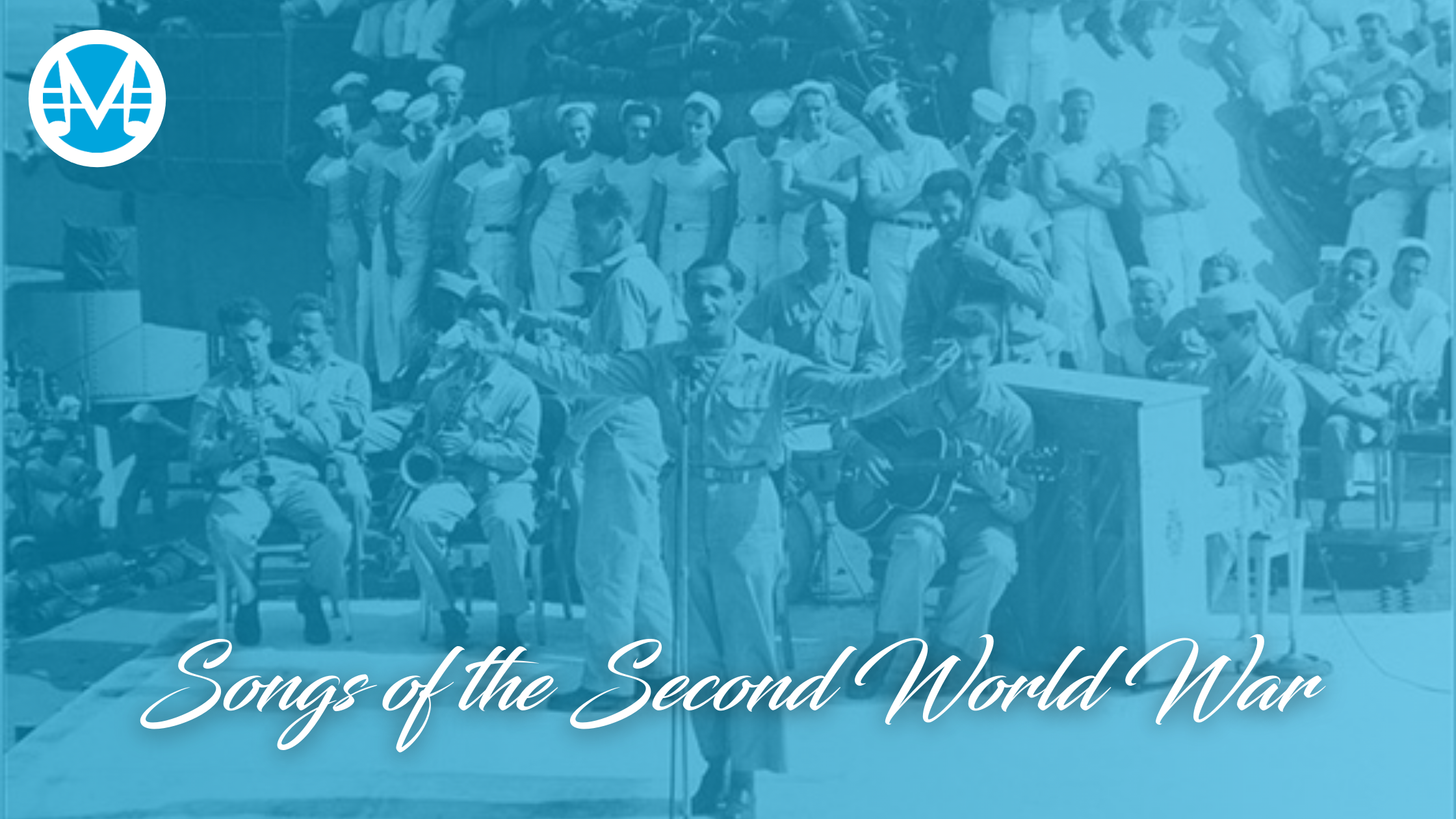 “There is no burden so heavy, no night so long that it cannot be eased by music”

Florence A. Blanchfield, superintendent of the Army Nurse Corps

He was the top man at his craft
But then his number came up and he was gone with the draft
He's in the army now, a-blowin' reveille
He's the boogie woogie bugle boy of Company B

Ranked Number Six on the list of Songs of the Century, “Boogie Woogie Bugle Boy” is the quintessential song of the war era. As performed by The Andrews Sisters, the darlings of the USO, this classic was written by Don Raye and Hughie Prince just prior to America’s entry into the war. The playful lyrics tell the story of a Chicago street musician drafted into service. The Sisters’ debut performance of the number in the film Buck Privates earned the song an Academy Award nomination. 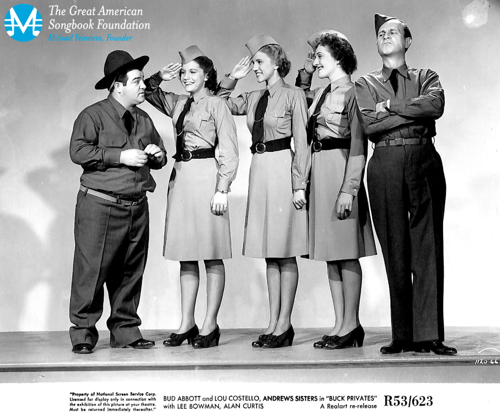 God Bless America,
Land that I love.
Stand beside her, and guide her
Thru the night with a light from above.
From the mountains, to the prairies,
To the oceans, white with foam
God bless America, My home sweet home.

This classic ode to American patriotism was written by Irving Berlin in 1918 while serving in the U.S. Army at New York’s Camp Upton. However, Berlin did not do much with the song until 1938, when events in Germany inspired the Jewish songwriter to introduce this tune as a “peace song.” The version he introduced on a 1938 Armistice Day broadcast, sung by Kate Smith, is a famous piece of American music expressing love for this country. 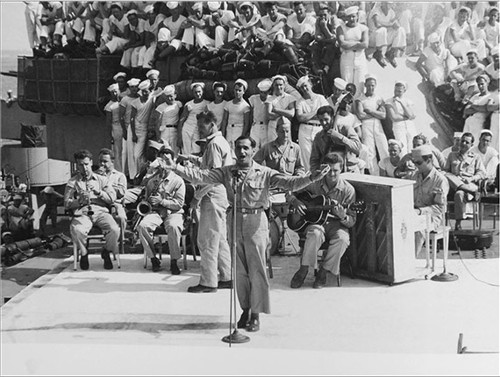 In 1942 Smith’s version of the song was featured in the patriotic musical “This is the Army,” alongside other Berlin compositions. Berlin took the entire hundred-person cast of the musical overseas to perform for the troops.

Underneath the lantern by the barrack gate,
Darling I remember the way you used to wait;
'Twas there that you whispered tenderly,
That you lov'd me, you'd always be,
My Lili of the lamplight,
My own Lili Marlene.

This English translation of the German ballad alludes to the romantic nature of what started out as an antiwar poem written by a young German soldier. Set to music in 1939, the song, originally recorded in German, was not an instant success. However, as the war progressed, the song was translated into English and grew in popularity. Referred to as the “soldiers’ song of both the Axis and the Allies,” “Lili Marlene” was a staple of USO camp shows and on live radio broadcasts. 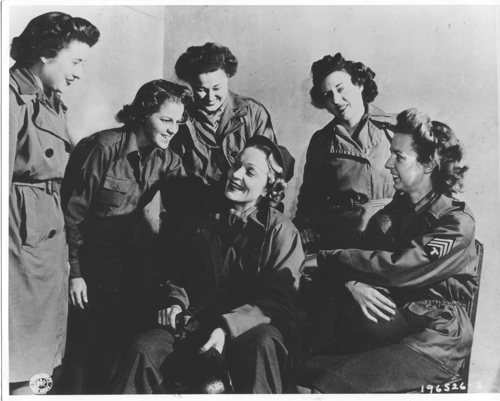 Written for an anti-Nazi Disney propaganda short titled Donald Duck in Nutzi Land, “Der Fuehrer’s Face” proved so popular that Disney renamed the movie to match the song. Performed by Spike Jones and his City Slickers, a band known for its parodies of famous songs, the record sold more than 200,000 copies in its first month of release. By the end of 1942, the song had sold more approximately one million records. 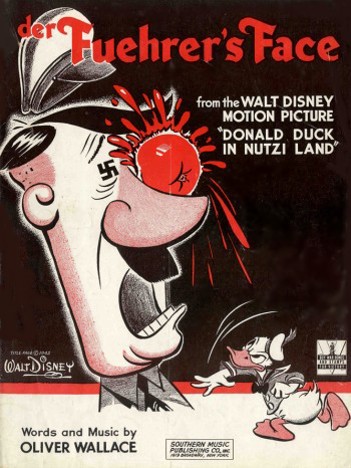 Although widely known for writing the lyrics to “Unchained Melody," Hy Zaret was not a one-hit wonder. During the 1940s, he penned the lyrics to several popular songs and anthems for branches of the armed forces. Later, he turned to writing socially-conscious tunes and with composer Lou Singer released a six-record set of children’s educational music used in the curriculum of many American public schools. 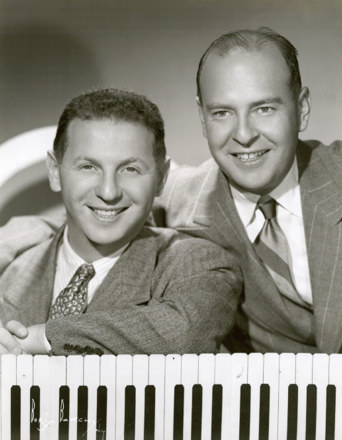 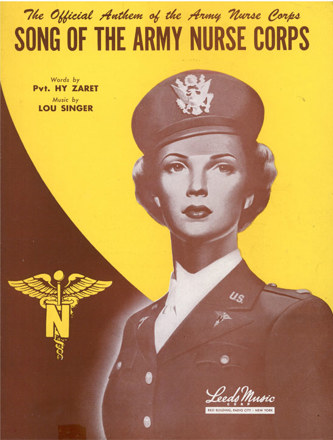