Ray Charles, affectionately known at the Songbook Foundation as the “other” Ray Charles, was an arranger who served as the music director of many beloved holiday specials, including Bing Crosby’s White Christmas Special in 1976. Before they became regularly televised events, Crosby’s Christmas specials started as radio variety shows that he hosted from 1936 to 1963. They included a memorable episode of the Kraft Music Hall program in December 1941, when he introduced “White Christmas” shortly after the attack on Pearl Harbor. 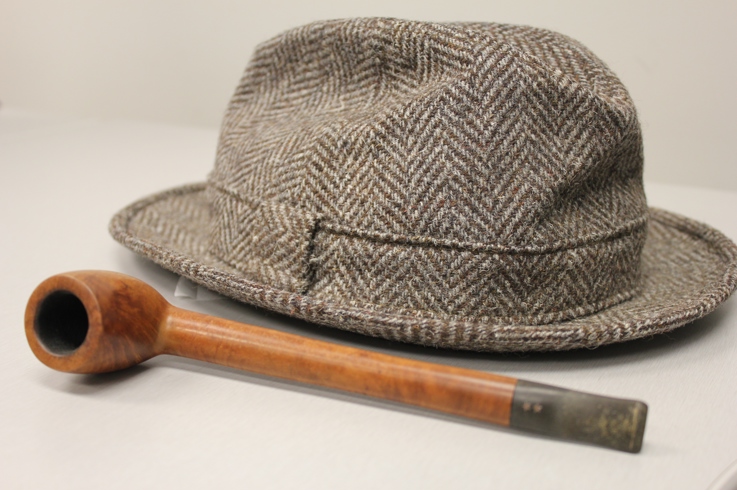 Bing Crosby’s White Christmas Special was filmed in England and features Crosby with his family, comedian Jackie Gleason and an up-and-coming Broadway actress, Bernadette Peters. Featured songs include holiday classics like Meredith Willson’s “It’s Beginning to Look a Lot Like Christmas” and Robert Allen’s “Home for the Holidays,” as well as a musical theater medley of Johnny Mercer songs led by Peters that includes “Ac-Cent-Tchu-Ate the Positive,” “Hooray for Hollywood,” and “Moon River.” Lyric sheet for a medley of "It's Beginning to Look a Lot Like Christmas" and "Happy Holiday," arranged for Bing Crosby, his wife Kathryn, their children Mary Frances, Harry and Nathaniel, Bernadette Peters, and a boys choir, from Bing Crosby's White Christmas Special in 1976. (Ray Charles Collection, the Great American Songbook Foundation Library and Archives) 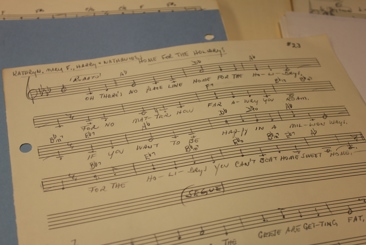 Click on the picture below to read the script Bing Crosby used before closing the show with his signature song, “White Christmas.” The Carpenters: A Christmas Portrait 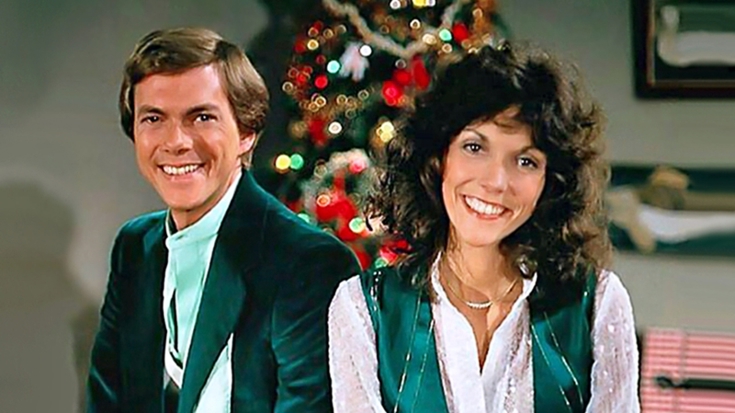 The Carpenters’ album Christmas Portrait was released October 13, 1978, charted on December 9, 1978, and would go on to be the No. 1 Christmas album of that year. It was the Carpenters’ first Christmas album and captures the nostalgia of a quintessential American Christmas, right down to the album art inspired by Norman Rockwell’s self-portrait. On Richard Carpenter’s artist website, he recalls:

“With Karen’s marvelous leads, combined with an oversize studio orchestra and chorus, terrific arrangements and timeless music, ‘Christmas Portrait’ was, and is, an almost incomparable Christmas album. It was a hit in 1978 and every year succeeding; I receive compliments on it every holiday season. What I should have realized then ... is that ‘Christmas Portrait’ is Karen’s album, and should have been titled accordingly, not Carpenters.” 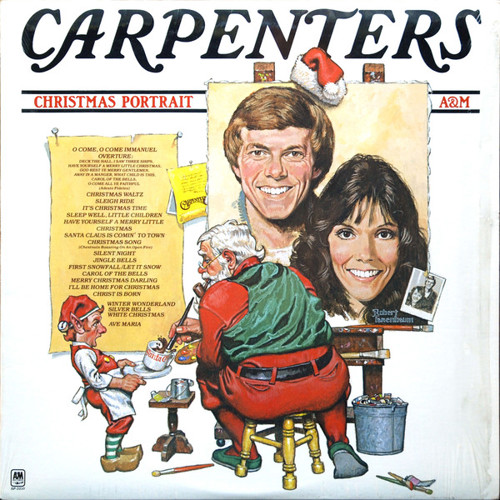 Click to listen to Carpenters Christmas Portrait on Spotify

In the wake of Christmas Portrait’s success, Richard and Karen Carpenter hosted their second televised holiday special, The Carpenters: A Christmas Portrait, on December 19, 1978. During the special, the two host their annual holiday party and are joined by family, legendary song-and-dance man Gene Kelly, and other guests. The centerpiece of the special is Karen singing the Carpenters’ signature Christmas ballad, “Merry Christmas Darling,” which held special meaning for her and Richard. The lyrics were penned by the Carpenters’ college choir professor, Frank Pooler, and the music was imagined by Richard Carpenter.

Ray Charles provided direction for the special musical material of the show and preserved his production binder, which includes the script and notes from the cast to Ray scribbled on the inside cover. 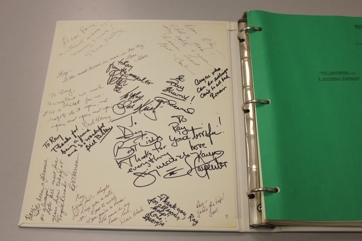 Click on the picture below to take a look inside Ray Charles’ production binder. You’ll find the script for “Merry Christmas Darling,” Gene Kelly’s entrance, and the opening and closing remarks. 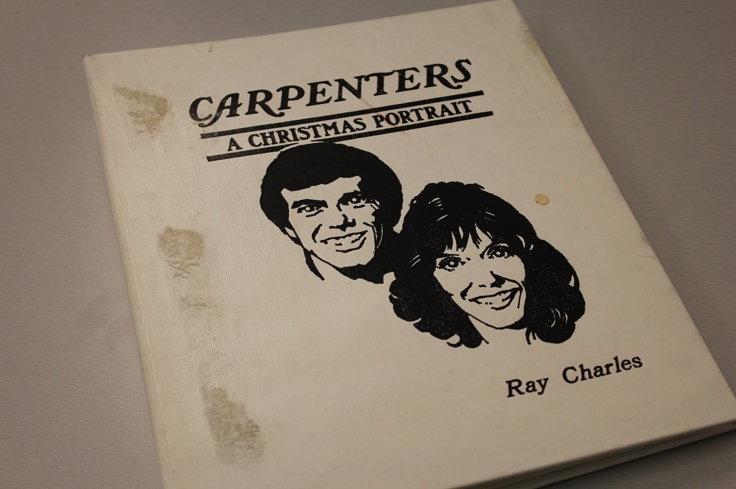 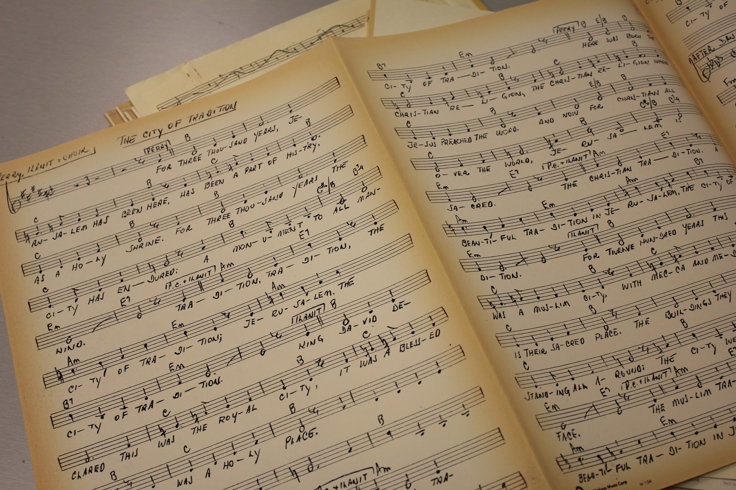 One of Ray Charles’ most enduring collaborators was crooner Perry Como. Over three decades, the two worked together on the Perry Como Show, concert tours, 31 albums, and holiday specials including a trip to Israel. Perry Como’s Christmas in the Holy Land premiered on ABC on December 13, 1980, and features scenes from Bethlehem, Jerusalem, and Galilee. Of Perry Como’s holiday specials, this production most prominently celebrates religious traditions and songs of Judaism and Christianity. Como pays tribute to the interfaith heritage of the Holy Land by visiting a kibbutz and attending a traditional Hanukkah celebration with Israel’s 1980 Ambassador of Song, Ilanit.

Learn Yiddish with Ilanit alongside Perry Como and his special guest, Richard Chamberlain. “Carpenters, The: A Christmas Portrait.” The Paley Center for Media, https://www.paleycenter.org/collection/item/?q=all&p=388&item=B%3A85690.

Lisa, Lobdell. “In the Archives: The (Other) Ray Charles.” The Great American Songbook Foundation, 12 Mar. 2020, https://thesongbook.org/about/news-media/the-songbook-blog-items/in-the-archives-the-other-ray-charles/.