“You pile up enough tomorrows, and you’ll be left with nothing but a bunch of empty yesterdays. I don’t know about you, but I’d like to make today worth remembering.” (Harold Hill, The Music Man)

Welcome to Meredith Willson Week! With virtual opportunities starting at 12 p.m. ET each day from September 17-19, this year's 2020 Songbook Hall of Fame virtual celebration will be accessible via the Songbook Foundation's Facebook page and YouTube channel. Help us spread the word by using the official Meredith Willson induction hashtags: #SongbookHOF2020 #TillThereWasMeredith

Best known as the playwright and composer behind The Music Man, Meredith Willson (1902-1984) also was a noted bandleader, broadcaster and writer of popular standards such as “It’s Beginning to Look a Lot Like Christmas.” His personal papers are housed in the Great American Songbook Archives and are being digitized for online research access.

September 17 at 12pm ET - Go behind-the-scenes with our founder Michael Feinstein and Archivist Lisa Lobdell as they explore the Meredith Willson papers including early drafts and character sketches of The Music Man, images and signatures from the original Broadway cast and film, Meredith Willson's radio scripts, digitized audio and more!

September 18 at 12pm ET - Tune in for a discussion featuring musicologist Dr. Dominic McHugh on Willson's life and legacy - and hear about his experience researching Meredith Willson in the Songbook Archives

September 19 at 7pm ET - Tune in for Meredith Willson's induction spotlight! Learn about the life and legacy of Meredith Willson in a tribute video featuring photos from the Songbook Archives and comments by Michael Feinstein and The Music Man Foundation.

Get Involved: The Meredith Willson Challenge

Submit a recording of yourself singing or playing a song from The Music Man or post a picture of yourself performing in a production of The Music Man or marching in YOUR high school band on your Facebook or Instagram page! Make sure to tag @songbookfoundation and use the hashtags #TillThereWasMeredith and #SongbookHOF2020. Our staff will spotlight our favorite submissions on the Songbook Foundation's social media channels during our Meredith Willson induction week! 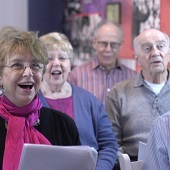 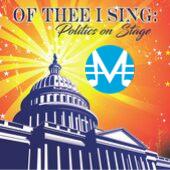 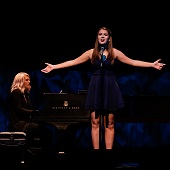