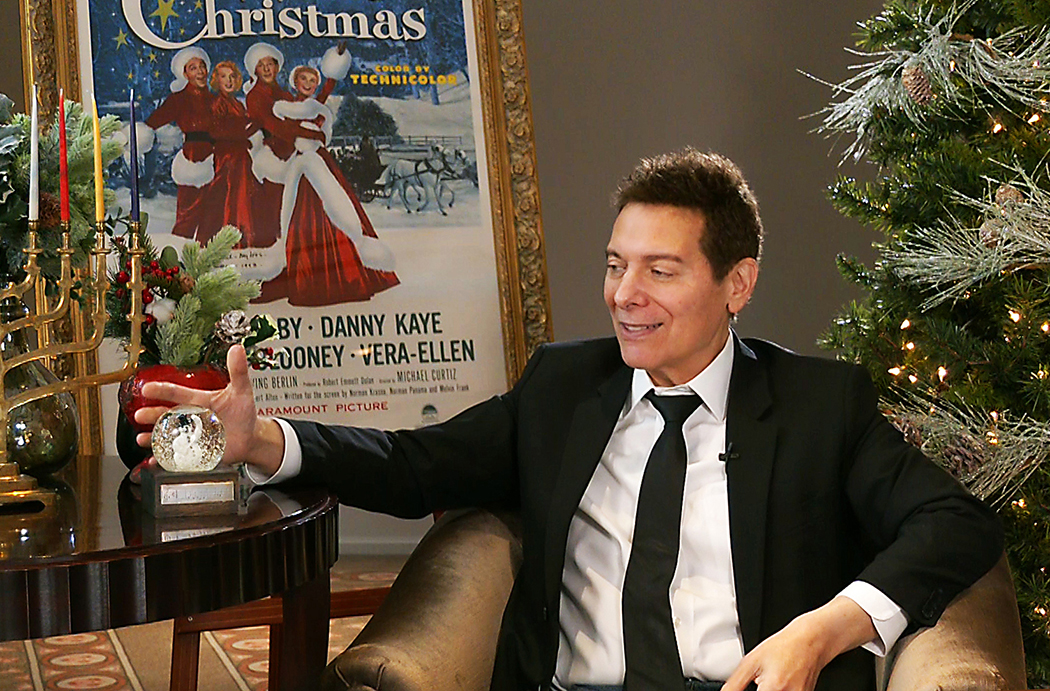 A snow globe given by Irving Berlin to Rosemary Clooney during filming for 1954's "White Christmas" is among the artifacts Michael Feinstein will share in "Twelve Songs of the Season," a holiday special premiering Dec. 19.

Featuring alumni from the decade-plus history of the annual Songbook Academy® summer intensive, Twelve Songs of the Season: A Virtual Holiday Special will stream online at 8 p.m. ET Saturday, Dec. 19. Viewing the one-time webcast is free via YouTube, with registration available at TheSongbook.org/Holiday.

Along with fresh renditions of seasonal classics – “ I’ll Be Home for Christmas,” “My Favorite Things,” “Sleigh Ride,” “Let It Snow” and “White Christmas,” among others – Twelve Songs of the Season will include historical anecdotes from Feinstein about the featured songs, as well as glimpses of rarely seen artifacts from the Songbook Archives at the Foundation’s home, the Center for the Performing Arts.

Also featured are 2014 Songbook Youth Ambassador Maddie Baillio, who starred in NBC’s Hairspray Live! and appears alongside Camila Cabello, Idina Menzel and an all-star cast in the upcoming film adaptation of Cinderella; and 16-year-old Anaïs Reno, a 2018 Songbook Academy alumna who has performed at Birdland and Feinstein’s/54 Below in Manhattan and recently was listed among “the next generation of cabaret showstoppers” by the New York Times; and nearly a dozen additional alumni of the program studying at universities and pursuing professional careers across the country.

“There is no better example of the enduring power of the American Songbook than the holiday music we sing each year, and that’s the message behind this special program,” said Christopher Lewis, executive director of the Songbook Foundation. “Michael will share the history he knows so well about these beloved songs and their writers, and our Songbook Academy alumni are the ideal performers to bring those songs to life.”

The Songbook Academy is the only national youth music program dedicated to America’s timeless popular standards – the songs of Tin Pan Alley, Broadway, Hollywood and the jazz tradition. Each year, 40 of the nation’s top high school vocalists are selected to experience a week of intensive instruction, performance and mentoring by Broadway performers, leading arts educators and entertainment industry professionals.