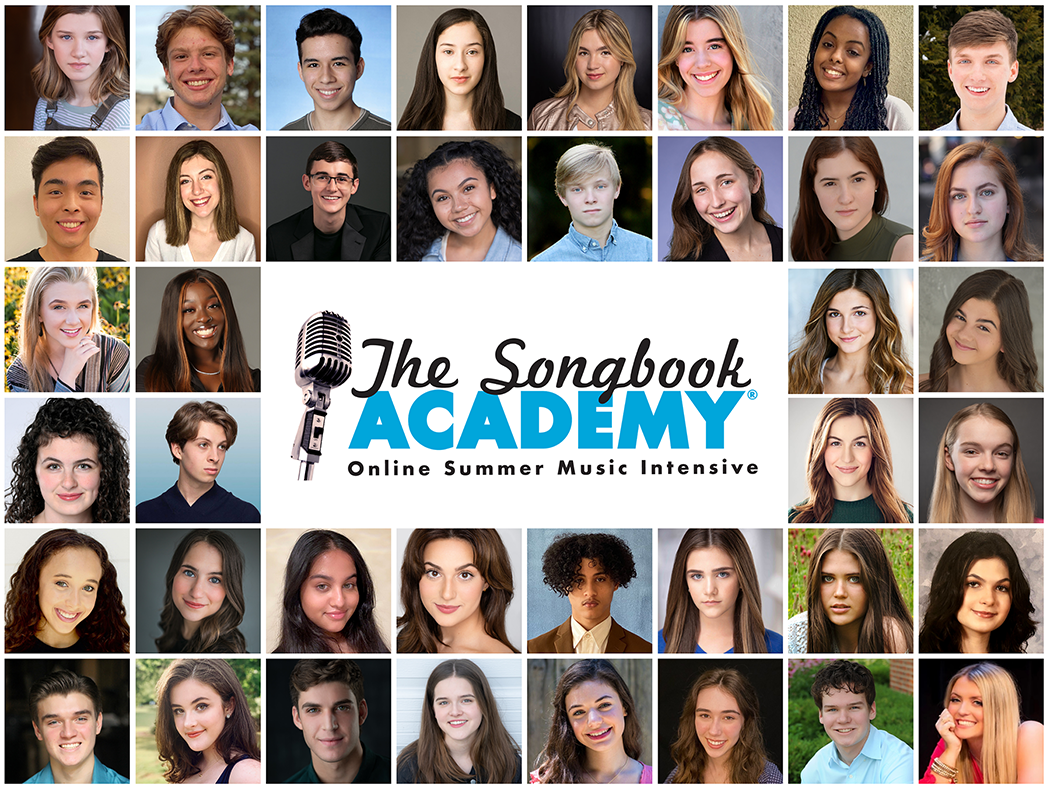 CARMEL, IN – Forty of the nation’s top high school vocalists have been selected to participate in the 2021 Songbook Academy® summer intensive, a week of personal instruction and mentoring from arts and entertainment professionals presented each year by the Great American Songbook Foundation.

Now in its 12th year, the Songbook Academy is the nation’s leading youth music intensive focused on timeless standards from the worlds of jazz, Broadway, Hollywood and Tin Pan Alley. Typically offered on-site at the Center for the Performing Arts in Carmel, where the Songbook Foundation is headquartered, the program is again shifting to a virtual format this year in response to the logistical and safety issues posed by the ongoing pandemic.

“There is no reason to expose our finalists or others to any health risk when the virtual format has already proven successful and meaningful to students across the country,” said Songbook Executive Director Christopher Lewis, who explains the decision in further detail in this video. “We look forward to making a difference in the lives of these young artists in creative, safe and accessible ways that preserve the quality, the camaraderie and the personalized nature of the experience.”

Many of the education sessions will be available for live public viewing on Facebook and YouTube. This year’s program will culminate in a weekend of online performance showcases in early August (schedule TBA), hosted by Feinstein and streamed for families, friends and the public to enjoy. More information and a schedule of events are available at TheSongbook.org/SongbookAcademyOnline.

On completing the program, each year’s participants are welcomed into the Songbook Academy Alumni Network to maintain their connections and stay informed about college programs, auditions and performance opportunities. Notable alumni include Maddie Baillio (2014), who starred as Tracy Turnblad in NBC’s Hairspray Live! and appeared in the 2018 Netflix comedy feature Dumplin’; and Melinda Rodriguez (2013), who won the 2019 Ella Fitzgerald Jazz Vocal Competition and appeared on Season 17 of NBC’s The Voice.

This year’s application process drew entries from hundreds of students representing 25 states, all of whom have received personal feedback on their audition videos. The Top 40 finalists, selected by a new panel of national screeners, hail from 15 states coast to coast. They are:

The mission of the Great American Songbook Foundation, founded in 2007 by five-time Grammy® Award nominee Michael Feinstein, is to inspire and educate by celebrating the timeless standards of pop, jazz, Broadway and Hollywood. Headquartered at the Center for the Performing Arts in Carmel, Indiana, the Foundation advances this rich legacy by curating physical artifacts of its creators, performers and publishers; operating a multimedia exhibit gallery; overseeing the Songbook Hall of Fame; offering programs for the public and research opportunities for scholars and artists; and providing educational opportunities for student musicians, including the annual Songbook Academy® summer intensive. The Foundation is a Cultural Affiliate of the Los Angeles-based Grammy Museum®. More information is available at TheSongbook.org.