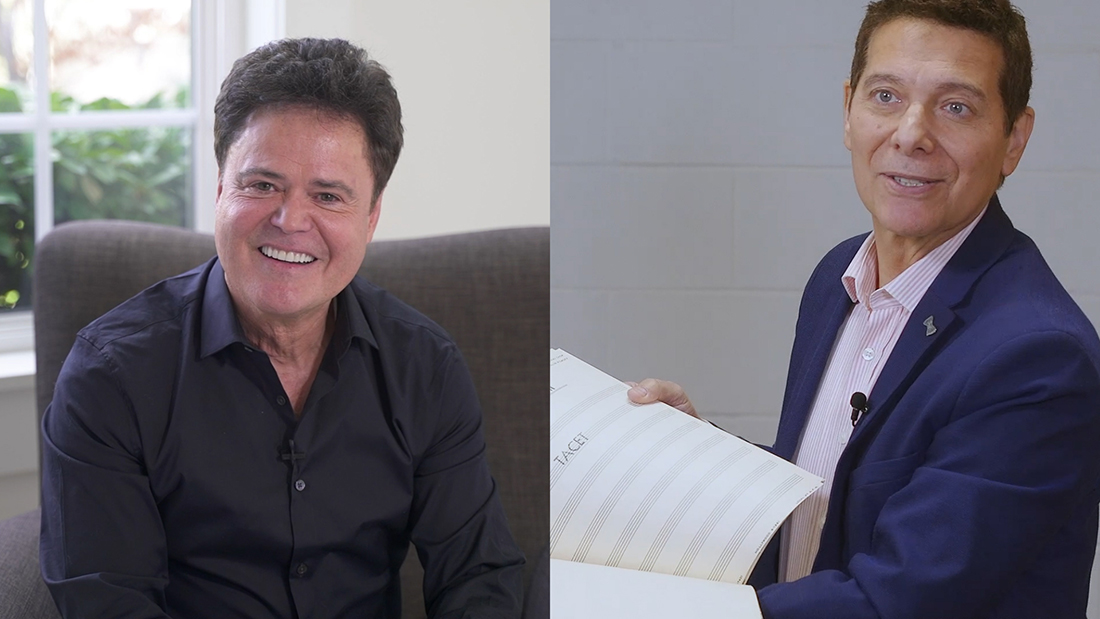 Donny Osmond collaborated on the latest episode of "In the Archives with Michael Feinstein," a monthly video series from the Great American Songbook Foundation.


New episode of In the Archives video series premieres tonight

CARMEL, Ind. – In a new episode of In the Archives with Michael Feinstein, the founder of the Great American Songbook Foundation explores the Songbook Library & Archives’ collection of arrangements and orchestrations written for legendary crooner Andy Williams.

The collection contains thousands of arrangements created for The Andy Williams Show, which aired from 1962-1971, as well as for Williams’ studio recordings and his classic holiday TV specials. The items include multiple approaches to his signature song, “Moon River” by Johnny Mercer and Henry Mancini. Williams sold more than 100 million records worldwide before his death in 2012.

Osmond kicks off the new In the Archives episode with a collection of video clips of the Osmond Brothers’ TV appearances with Williams and shares recollections of the man he calls “my teacher, my mentor ... and a class act all the way.”

In the Archives is a monthly video series that explores the Songbook Foundation’s historical collections of music, images, memorabilia and personal papers from the 20th century golden age of American popular music. Previous episodes, available on the Songbook Foundation YouTube channel, have focused on The Music Man creator Meredith Willson, personal scrapbooks from the likes of songwriter Gus Kahn and arranger Ray Charles, and other materials from artists ranging from Rosemary Clooney to Sammy Davis Jr. The series is sponsored by