Collections Highlight: Christmas with the Coles 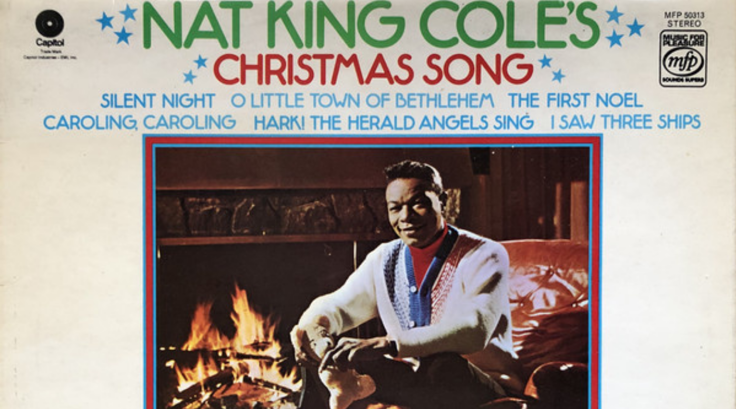 “I feel that song is one of the few Christmas songs of that era … that really nails the concept of just the goodwill we experience at holiday time.” ― James Tormé (son of Mel Tormé)

“Chestnuts roasting on an open fire, Jack Frost nipping at your nose…” One iconic lush voice may be sounding clearly in your mind as you read the opening lines to “The Christmas Song.” In 1946 Nat “King” Cole became the first recording artist to record one of the most famous yuletide songs, and the first Black American to record a holiday standard.

Nat King Cole and The King Cole Tio, "The Christmas Song" recorded in 1946.

As with many Christmas songs, inspiration often strikes in the heat of summer. Lyricist Robert Wells recalls one sweltering day, “I thought I’d write something to cool myself off. All I could think of was Christmas and cold weather.” He began to jot down the opening lines to a poem with imagery drawn from memories of his childhood in Boston. Mel Tormé sat at the piano and composed the opening melody of their ode to Christmas.

As songwriter Mel Tormé recalls in his autobiography, “Improbable though it may sound, ‘The Christmas Song’ was completed about 45 minutes later. Excitedly, we called Carlos Gastel [manager of Nat King Cole and Peggy Lee], sped into Hollywood, played it for him, then for [lyricist] Johnny Burke, and then for Nat Cole, who fell in love with the tune.” 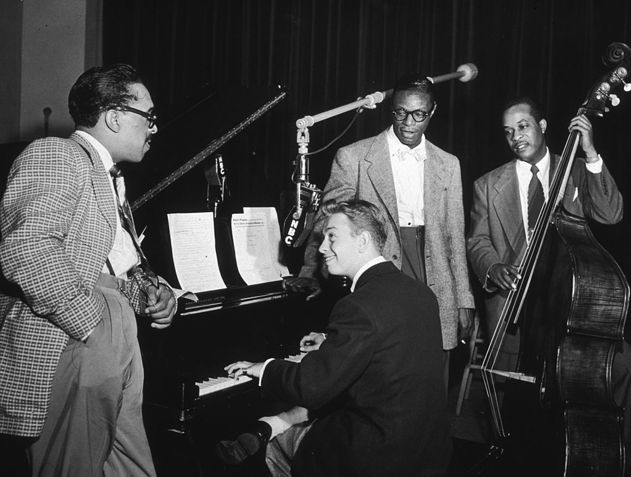 When Tormé paid a visit to Cole in his Los Angeles home to share the song, Nat immediately rushed to rearrange "The Christmas Song" with guitarist Oscar Moore and bassist Johnny Miller, the regular King Cole Trio. As author Ace Collins writes, Nat was fearful that “if Bing Crosby or Dinah Shore heard the song first, they would beat him to the punch.” Nat King Cole recorded “The Christmas Song” with Capitol Records on four separate occasions between 1946 and 1961 with arrangements by Nelson Riddle and Ralph Carmichael. The final 1961 recording Nat created with arranger and conductor Ralph Carmichael remains the definitive and most-played version.

Nat King Cole, “The Christmas Song” from The Magic of Christmas, 1961. 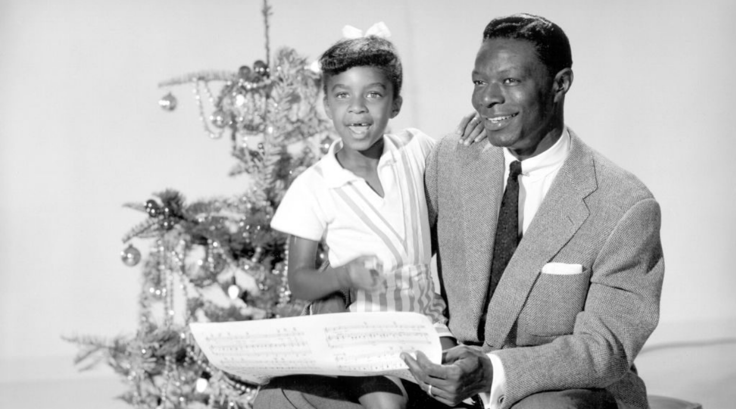 "[Christmas is] a time for families to reflect and not just wait until the holidays to be a family." ― Natalie Cole

Natalie Cole’s inspiration for her 1994 holiday album Holly & Ivy came from her father's masterpiece The Magic of Christmas (1960). She called The Magic of Christmas one of "the nicest, warmest Christmas albums that I've heard,” and described the original version of the 1945 track "The Christmas Song (Chestnuts Roasting on an Open Fire)" as "a darling sweet song" that has yet to be imitated by other original Christmas songs. In a 1994 interview with Jet magazine, Cole called Holly & Ivy, “A non-traditional album,” and hoped that the collection would remind listeners about the true spirit of the holiday season.

Natalie wanted her first holiday album to communicate Christmas as "a time for families to reflect and not just wait until the holidays to be a family." Cole's sister Timolin Cole reminisced: "Christmas Eve has always been a magical time with Natalie" when she could connect with family over holiday traditions.

Within the Natalie Cole Collection, housed in the Songbook Library & Archives, are the orchestrations for all her albums, including two arrangements of “The Christmas Song.” 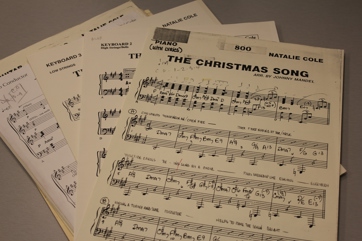 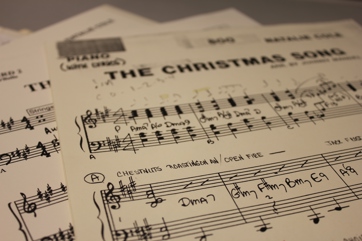 Natalie Cole would later re-record "The Christmas Song" as a posthumous duet with her father on her 1998 Hallmark Christmas album Christmas with You featuring the London Symphony Orchestra.

Natalie Cole & Nat King Cole, “The Christmas Song” from Christmas With You, 1998. 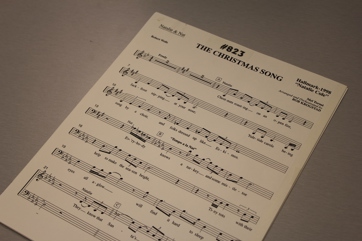 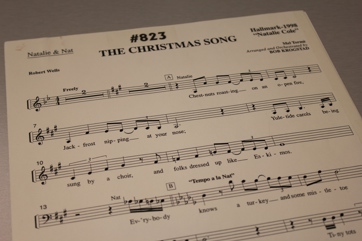 The Coles’ Christmas recordings will remain timeless treasures each year and remind listeners of the true spirit of the holiday season: family.

Marx, Linda. “Natalie Cole's Sisters Are Grateful They Got to Spend One Last Christmas with the Singer.” People, 3 Jan. 2016, https://people.com/celebrity/natalie-coles-sisters-are-grateful-they-got-to-spend-christmas-with-singer/.