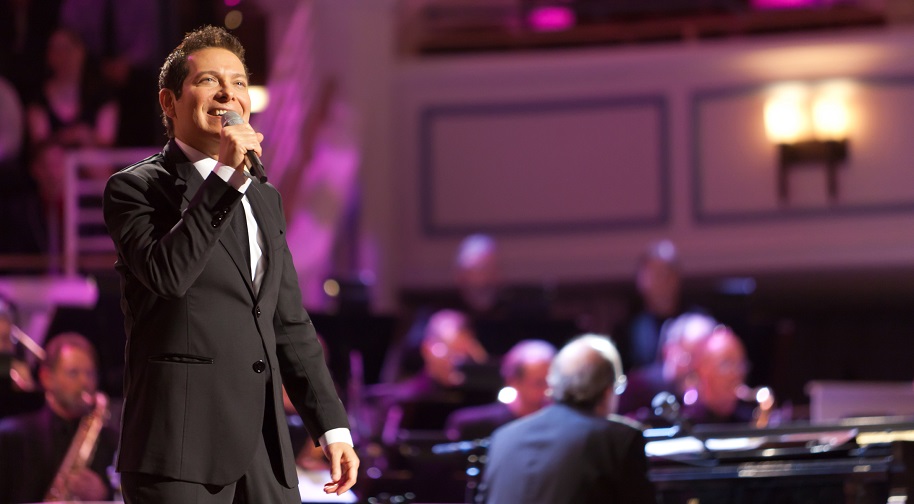 Michael Feinstein, the multi-platinum-selling, two-time Emmy and five-time Grammy Award-nominated entertainer dubbed “The Ambassador of the Great American Songbook,” is considered one of the premier interpreters of American standards. His 200-plus shows a year have included performances at Carnegie Hall, Sydney Opera House and the Hollywood Bowl as well as the White House and Buckingham Palace.

More than simply a performer, Feinstein has received national recognition for his commitment to celebrating America’s popular song and preserving its legacy for the next generation. In 2007, he founded the Great American Songbook Foundation, dedicated to celebrating the art form and preserving it through educational programs, Master Classes, and the annual Songbook Academy, a premiere summer music intensive for high school singers. Michael also serves on the Library of Congress’ National Recording Preservation Board, an organization dedicated to ensuring the survival, conservation and increased public availability of America’s sound recording heritage.

The roots of all this work began in Columbus, Ohio, where Feinstein started playing piano by ear as a 5-year-old. After graduating from high school, he worked in local piano bars for two years, moving to Los Angeles when he was 20. The widow of legendary concert pianist-actor Oscar Levant introduced him to Ira Gershwin in July 1977. Feinstein became Gershwin’s assistant for six years, which earned him access to numerous unpublished Gershwin songs, many of which he has since performed and recorded.

Gershwin’s influence provided a solid base upon which Feinstein evolved into a captivating performer, composer and arranger of his own original music. He also has become an unparalleled interpreter of music legends such as Irving Berlin, Jerome Kern, Johnny Mercer, Duke Ellington and Harry Warren. Feinstein has received three honorary doctorates, and is a published author of The Gershwins & Me, a Los Angeles Times best-seller from Simon & Schuster.

Through his live performances, recordings, film and television appearances, and his songwriting (in collaboration with Alan and Marilyn Bergman, Lindy Robbins, Bob Merrill and Amanda Green), Feinstein is an all-star force in American music.

Michael’s newest album, Gershwin Country, reimagines the classic songs of George and Ira Gershwin through the contemporary lens of country music. Executive produced by his longtime friend and collaborator Liza Minnelli, the album pairs Feinstein with some of the biggest names in country music, including Dolly Parton, Alison Krauss, Brad Paisley and Rosanne Cash.