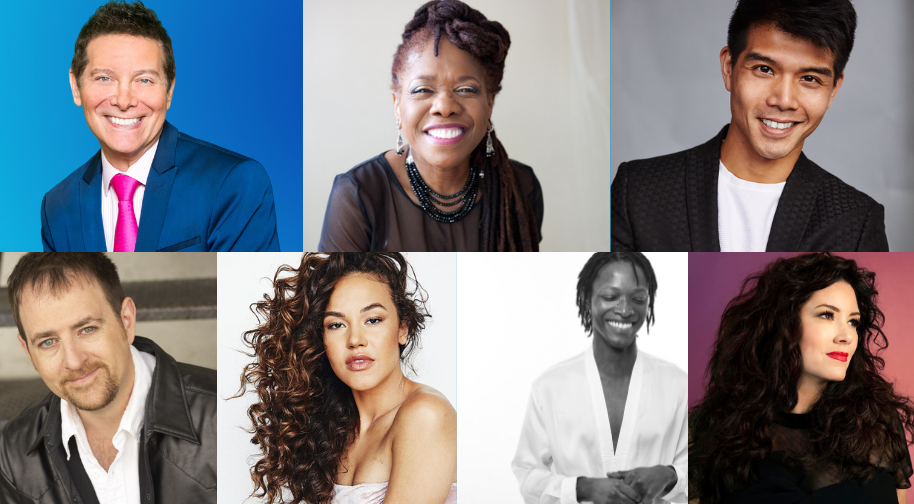 One of the highlights of the Songbook Academy experience is the opportunity to connect with world-class guest artists who serve as mentors and featured artists throughout the week. Learn about this year's star-studded line-up of special guests below or read more in our recent press release.

Michael Feinstein, Founder – the multi-platinum-selling, two-time Emmy and five-time Grammy Award-nominated entertainer dubbed “The Ambassador of the Great American Songbook” – is considered one of the premier interpreters of American standards. His 200-plus shows a year have included performances at Carnegie Hall, Sydney Opera House and the Hollywood Bowl as well as the White House and Buckingham Palace. More than simply a performer, Feinstein has received national recognition for his commitment to celebrating America’s popular song and preserving its legacy for the next generation. In 2007, he founded the Great American Songbook Foundation, dedicated to celebrating the art form and preserving it through educational programs, masterclasses, and the annual Songbook Academy. Michael also serves on the Library of Congress’ National Recording Preservation Board, an organization dedicated to ensuring the survival, conservation and increased public availability of America’s sound recording heritage for future generations.

Mandy Barnett, a world-class vocalist and actress, has been called “a song’s best friend” for her interpretive skill and her devotion to classic country, R&B, and Songbook standards. Barnett has graced symphony halls, historic theaters, and music festivals around the world. At age 18, she was the original star of one of the first “jukebox” musicals, Always...Patsy Cline at Nashville's Ryman Auditorium. Barnett has made over 500 appearances on the Grand Ole Opry and released a variety of acclaimed albums, including her 1996 eponymous debut for Warner Bros./Asylum Records, I’ve Got a Right to Cry, named the 1999 “Top Country Album” by Rolling Stone, and 2018’s Strange Conversation, an Americana blend of roots, pop, and R&B tunes. Barnett recently released her eighth studio album, Every Star Above, recorded with a 60-piece orchestra in celebration of Billie Holiday’s Lady in Satin and arranged by legendary jazz maestro Sammy Nestico.

Trist Ethan Curless, a resident of Glendale, California, grew up in Cheyenne, Wyoming, where he became addicted to vocal harmonies! He attended Northwest College and the University of Northern Colorado, majoring in music education. In 1995, he co-founded the pop-jazz vocal group m-pact, with which he performed in festivals and concert halls around the world. Trist has also been known to work on the other side of the microphone, as an audio engineer for several vocal groups and bands, including Pentatonix, Straight No Chaser, VoicePlay, and Take 6. When he's not performing and mixing, Trist also finds time to participate as a clinician and adjudicator in clinics and festivals worldwide which enable him to share his love of music with others. Trist is having the time of his life making music recently with m-pact, Take 6, Bobby McFerrin, New York Voices, The Swingle Singers, Vox Audio, and now as a member of The Manhattan Transfer.

Telly Leung is a New York City native, Broadway performer, recording artist, producer, and theater arts teacher. His Broadway and touring credits include Aladdin in Disney's Aladdin, Allegiance (with George Takei and Lea Salonga), Godspell, Rent (final Broadway company), Wicked (Boq, original Chicago company), Pacific Overtures, Flower Drum Song. He starred in the Hollywood Bowl’s Rent, directed by Neil Patrick Harris, and has performed regionally from Pittsburgh CLO to the St. Louis Muny. Along with his two solo albums, I’ll Cover You (2012) and Songs for You (2016), he can be heard on many original Broadway cast recordings. Leung holds a BFA from Carnegie Mellon University’s School of Drama and teaches at drama programs around the world. Twitter/Instagram: @tellyleung. Website: www.tellyleung.com

Solea Pfeiffer is set to star in Tyler Perry’s upcoming feature film JAZZMAN’S BLUES on Netflix and will soon be seen in the Broadway-bound adaptation of ALMOST FAMOUS. She recently starred in the world premiere of the musical GUN & POWDER at the Signature Theatre. She also received praise for her portrayal of Eva Peron in New York City Center’s revival of EVITA before starring opposite Renee Fleming in THE LIGHT IN THE PIAZZA at the Lyric Opera of Chicago. Previously, Solea starred in the critically acclaimed run of Encores! Off Center’s SONGS FOR A NEW WORLD, as Eliza in the West Coast premiere of HAMILTON, and as Maria in the LA Philharmonic/Gustavo Dudamel Hollywood Bowl production of WEST SIDE STORY.

Jazz/blues vocalist Catherine Russell is a native New Yorker, born into a musical family. Her father, Luis Russell, was a legendary pianist/composer and bandleader and Louis Armstrong’s longtime musical director. Her mother, Carline Ray, was a pioneering multi-instrumentalist and vocalist who performed with the all-female swing orchestra The International Sweethearts of Rhythm in the 1940s, pianist/composer Mary Lou Williams, and arranger/orchestra leader Sy Oliver. Catherine has released seven solo albums since 2006. Her two most recent albums, Harlem on My Mind (2016) and Alone Together (2019), earned Grammy nominations for Best Jazz Vocal Album. As an educator, Catherine has taught at Berklee College of Music and The New School, as well as teaching masterclasses and private students.

Vuyo (Vuyolwethu) Sotashe is a New York-based vocalist, composer, and performer originally from South Africa. Since moving to the United States as a Fulbright Scholar, he has performed with celebrated jazz artists including Dee Dee Bridgewater, George Benson, Al Jarreau, Barry Harris, and Winard Harper. Vuyo has appeared with multiple Grammy Award winner and Pulitzer Prize winner Wynton Marsalis and the Jazz at Lincoln Center Orchestra as a featured artist on their 2018 Winter Big Hand Holidays Tour (US), as well as their South African Songbook tour in Europe and his home country, South Africa. Sotashe has also appeared as a leader and sideman at the internationally acclaimed Montreux Jazz Festival, the Monterey Jazz Festival, and Newport Jazz Fest.

Jonathan Flom is an international musical theatre educator, a stage director, and a multi-published author. He currently serves as Head of Education at the Danish National School of Performing Arts Musical Academy, Fredericia, where he began his tenure in 2020. Jonathan is a passionate educator and mentor. He believes in empowering artists through personal development and self-reflection. He has developed curricula to help self-actualization as well as personal branding and marketing, which is also the subject of his book, Act Like It's Your Business: Branding and Marketing Skills for Actors (2013). He also works with performers to navigate the challenging psychology of auditions, which he wrote about in Get the Callback (2nd. Ed. 2016).

Catherine Walker holds a master’s degree in Choral Conducting from Western Michigan University and has worked extensively as a musical director, most recently on productions of Next to Normal, The Great American Trailer Park Musical, Parade, Blood Brothers, Urinetown, The Light in the Piazza and Shenandoah, starring Robert Newman of TV’s Guiding Light. Her work as a choral conductor has been recognized by the Michigan School Vocal Music Association and the American Choral Directors Association. Catherine is an associate professor of music in the Department of Musical Theatre at the University of Michigan.

Stacy Wolf is Professor of Theater and American Studies, Director of the Princeton Arts Fellows, and Director of the Program in Music Theater at Princeton University. She is the author of A Problem Like Maria: Gender and Sexuality in the American Musical and Changed for Good: A Feminist History of the Broadway Musical, and is co-editor of The Oxford Handbook of the American Musical.  Her new book, Beyond Broadway: The Pleasure and Promise of Musical Theatre Across America, explores how the musical theatre repertoire finds new life at local and amateur venues across the U.S., including summer camps, high schools, community theatres, and afterschool programs. 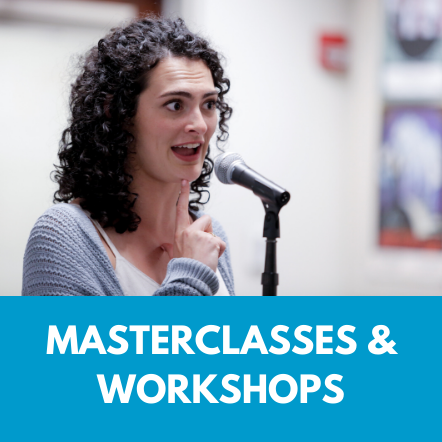 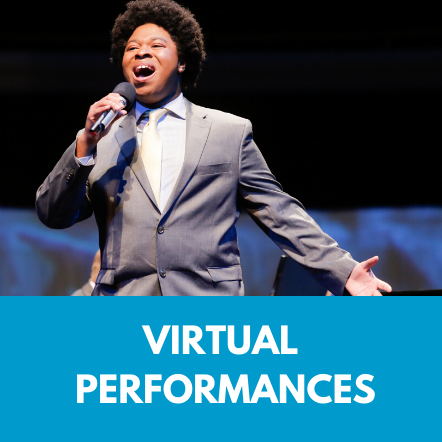