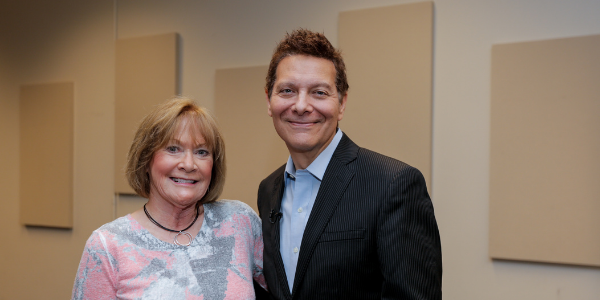 Peggy Ford is a Mentor Champion and Board Member who is passionate about the Songbook Academy, the Songbook Foundation’s summer music intensive for high school students, and also about offering financial support to students in need.

I was blessed to be raised in a home where music was a significant part of our family life and holiday celebrations. I always loved to listen to the standards ("old people’s music," as we used to call it – and now I find myself one of the old people). When I learned to play the piano, I seemed to gravitate toward playing the songs from the era of the Songbook. My love of this music is still with me today, and I am delighted that so many current singers have chosen to keep this music alive.

Why do you think it’s important to teach young people about the Songbook?

The contestants who participate in the Songbook Academy are part of the future of music. I am a believer that it’s hard to know where you’re going if you don’t know where you’ve been. The music from the Songbook era has so many connections to Broadway and truly is a part of our country’s history.

How would you describe the Songbook Academy experience to someone who has never attended?

For the past several years, I have attended the Songbook Academy finals and am always so impressed with the level of talent by so many young voices. Last year, I had the opportunity to also attend some “behind the scenes” activities which gave me the chance to observe the level of coaching the participants receive as a part of becoming a finalist. They are given a truly unique and valuable experience.

Interestingly, while attending a performance at the Palladium earlier this year, a person (stranger) next to me asked if I had ever attended the Songbook finals. My response was yes – and that it was likely one of the best, or possibly the best show at the Palladium all year. Another stranger sitting in front of me turned around and said, “I couldn’t agree more.” It’s that good! 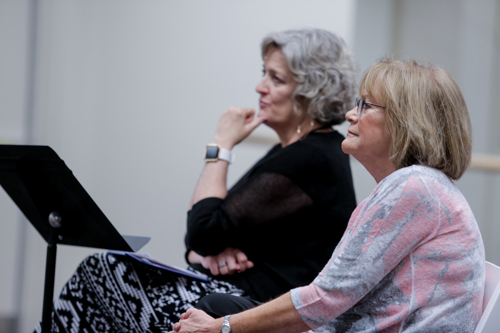 What motivated you to become a Songbook Academy Mentor Champion?

I have been a contributor to the Great American Songbook Foundation for several years. A little over a year ago, I was in the process of updating my estate plan and decided to name the Songbook Foundation as a beneficiary. Through conversations with staff, I found I was also looking for ways I could contribute more significantly on an ongoing basis. My initial thought was to fund a scholarship for a talented individual who may not have the financial means to make the trip to Central Indiana for the Songbook Academy. After further discussions, I became aware of the Mentor Champions program and decided to direct my contribution to this effort in order to assist in helping the Foundation reach its goal with this developing program.

Peggy, thank you so much for sharing a bit about your

experience as a donor and Mentor Champion.

We appreciate your passion for the

Songbook and teaching it to future generations.